A new initiative for crafting a framework for K-12 computer science education was announced today. Lead by the Computer Science Teachers Association (CSTA), the Association for Computing Machinery (ACM), and Code.org, the plan is to answer a complicated question: “What is the appropriate scope and sequence for CS instruction to guide high-quality computer science?”

END_OF_DOCUMENT_TOKEN_TO_BE_REPLACED

When we last talked about the FY16 budget, it was early October and it was looking like the next Speaker of the House would be Kevin McCarthy (R-CA). As we now know, in early December, the Speakership is very different but we still don’t have a passed-into-law budget. Congress has until this Friday, December 11th, to either pass a budget into law or to pass a stopgap continuing resolution (CR). Or let the government shutdown.

Could it be? ESEA Nears Final Passage!

As our readers will have noticed of late, Congress has a well-earned reputation for doing little-to-nothing, legislatively speaking. So when the newly installed Republican House and Senate majorities promised in January to move on the reauthorization of the Elementary and Secondary Education Act (ESEA), a bill that had not been reauthorized since No Child Left Behind was passed into law in 2001, and had expired eight years ago, most people (myself included) thought it would go nowhere. Over the last year Congress has proved the naysayers wrong.

END_OF_DOCUMENT_TOKEN_TO_BE_REPLACED

On October 28, experts from academia and government told a congressional panel that the Networking and Information Technology Research and Development (NITRD) program remains a crucial part of the extraordinarily productive computing research ecosystem that has made the U.S. the world leader in IT and deserves further support. The experts were witnesses at a hearing called by the House […]

END_OF_DOCUMENT_TOKEN_TO_BE_REPLACED

Earlier this week, the House STEM Education Caucus sponsored a briefing for Congressional staff titled, “Building a STEM Education Pipeline Aligned with Industry Needs: Perspectives from the Field.” The briefing was moderated by the Council on Undergraduate Research (CUR) and partnered with CRA, the American Society of Mechanical Engineers (ASME), and the Association of Computing Machinery (ACM). The briefing focused on ways […]

END_OF_DOCUMENT_TOKEN_TO_BE_REPLACED

Check out this great opportunity for computing researchers at all levels.

TechCongress, in partnership with The Open Technology Institute at New America, is looking for three great tech-oriented thinkers for its first class of Congressional Innovation Fellows.

END_OF_DOCUMENT_TOKEN_TO_BE_REPLACED 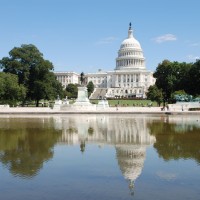 In these times of increasingly tight federal budgets this is an important opportunity to help serve the computing community and ensure that Congress understands the value of computing research going on in their states and districts. We hope you’ll join us as the computing community descends en masse on Capitol Hill and makes the case for computing!
CRA will hold its fifth annual Congressional Fall Fly-in on September 16-17, 2015. This is an important opportunity for representatives from CRA member institutions to come to Washington as a group, meet with their representatives in Congress, and help make the case for federal support of computing research. We hope you, or someone you designate, will join us!