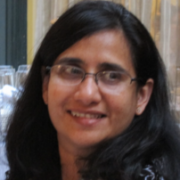 Banerjee is the Vice President of VMware Research Group. Her expertise is in topics related to software defined networking and network functions virtualization, and she is broadly interested in network automation and performance. Prior to joining VMware, she was a distinguished technologist and research director at Hewlett Packard Enterprise Labs, leading a network systems research group which conducted research on enterprise, service provider and datacenter networks. Prior to her industrial research career, she also held a tenured Associate Professor position at the University of Pittsburgh. Banerjee served as the technical program co-chair of the ACM SIGCOMM 2020 conference. She also served as the technical co-chair of the 2018 USENIX NSDI and the 2017 ACM Symposium on SDN Research (SOSR) conferences and the general chair of ACM HotNets 2017. She has been on the technical program committees of several conferences such as ACM SIGCOMM, ACM CoNEXT, ACM HotNets, USENIX NSDI, IEEE ICNP and IEEE Infocom. She received the Ph.D. degree from the University of Southern California (USC) and the B.Tech. and M.Tech. degrees from the Indian Institute of Technology (IIT) Bombay in Electrical Engineering. Banerjee holds 37 US patents and is a recipient of the U.S. National Science Foundation (NSF) CAREER award in networking research and two best paper awards. She also serves on the Corporate Advisory Board of the USC Viterbi School of Engineering. She is a member of the Computing Community Consortium (CCC) Council of the Computing Research Association (CRA). Banerjee was honored to be named in the list of 2018 N2Women: Stars in Computer Networking and Communications. 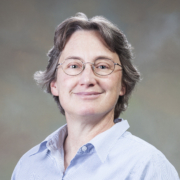 Cynthia Phillips
Cynthia Phillips is a Lab Fellow at Sandia National Laboratories. She received a B.A. in applied mathematics from Harvard University and a PhD in computer science from MIT. In her 30+ years at Sandia National Laboratories she has conducted research in combinatorial optimization, algorithm design and analysis, and parallel computation with more recent work in data science such as streaming algorithms. She has worked in diverse topics and applications including scheduling, network and infrastructure surety, integer programming, graph algorithms, computational biology, computer security, quantum computing, social network analysis, wireless networks, sensor placement (e.g. for municipal water networks for the EPA), neuromorphic computing, and more. She is a SIAM fellow and an ACM distinguished scientist. 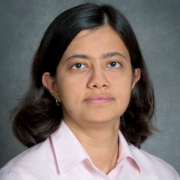 Lavanya Ramakrishnan is Division Deputy in the Scientific Data Division at Lawrence Berkeley National Lab.  Her research focuses on developing generalized methods and tools to manage workflows and data while working closely with scientific groups and influencing the design of next-generation high performance computing systems.  Her current research explores the methods and infrastructure needed to support automation and self-driving for various scientific applications including earth sciences and microelectronics.  Ramakrishnan established and leads a scientific user research program focusing on studying and enumerating the way that scientists and communities use data and workflows to build usable tools for science. Ramakrishnan serves on the High Performance Distributed Computing Steering Committee, iHARP NSF HDR Institute’s Advisory board and has previously served as the Associate Editor for Journal of Parallel and Distributed Computing and as program committee chair for various conferences.

She has masters and doctoral degrees in computer science from Indiana University and a bachelor degree in computer engineering from VJTI, University of Mumbai and joined Berkeley Lab as an Alvarez Fellow.  Previously she has worked as a research staff member at Renaissance Computing Institute and MCNC in North Carolina. 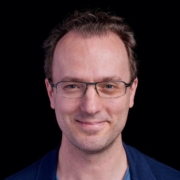 Gonzalo Ramos
Gonzalo Ramos is currently a Principal Researcher at Microsoft Research at Redmond. Before that, he worked as a Senior Design Technologist and UX Scientist at Amazon, and as a Scientist at Microsoft. In 2007, he received his Ph.D. in Computer Science from the University of Toronto, Dynamic Projects Lab, where he developed and studied novel ways people interact with information and computers. His current research areas include advancing the state of the art on interactive machine learning and teaching, with an emphasis in augmenting people’s ability to perform complex tasks, through innovations at the intersection of HCI research, machine learning, and design. He is a co-developer of Interactive Machine Teaching, a perspective about how one can design and build interactive People+ML systems, in a way that increases end-users’ (with no ML expertise) agency and understanding about the outcomes of such systems. 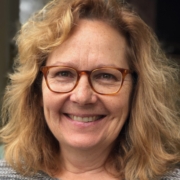 Lori Pollock
Lori Pollock is the Alumni Distinguished Professor in Computer and Information Sciences at University of Delaware. She earned her Ph.D. and M.S. in CS at University of Pittsburgh in 1986 and 1983, respectively, and her B.S. in CS and Economics at Allegheny College in 1981. Her research currently focuses on helping software engineers maintain and test their large software systems, as well as computer science education. She is an ACM Distinguished Scientist, ACM SIGSOFT 2016 Influential Educator, and has been awarded University of Delaware’s Excellence in Teaching Award and the University of Delaware’s E. A. Trabant Award for Women’s Equity. She has actively worked for improving the participation of women and other groups underrepresented in computer science for many years. Since joining CRA-WP in 2001, she has been involved primarily in the Grad Cohort and Virtual Undergraduate Townhalls, served as co-chair, and is now emeritus. As CRA-E co-chair, she co-created CSGrad4US. She co-led Partner4CS, affecting Delaware’s state K12 CS policy, offering teacher workshops and a course for undergraduates to support teachers.