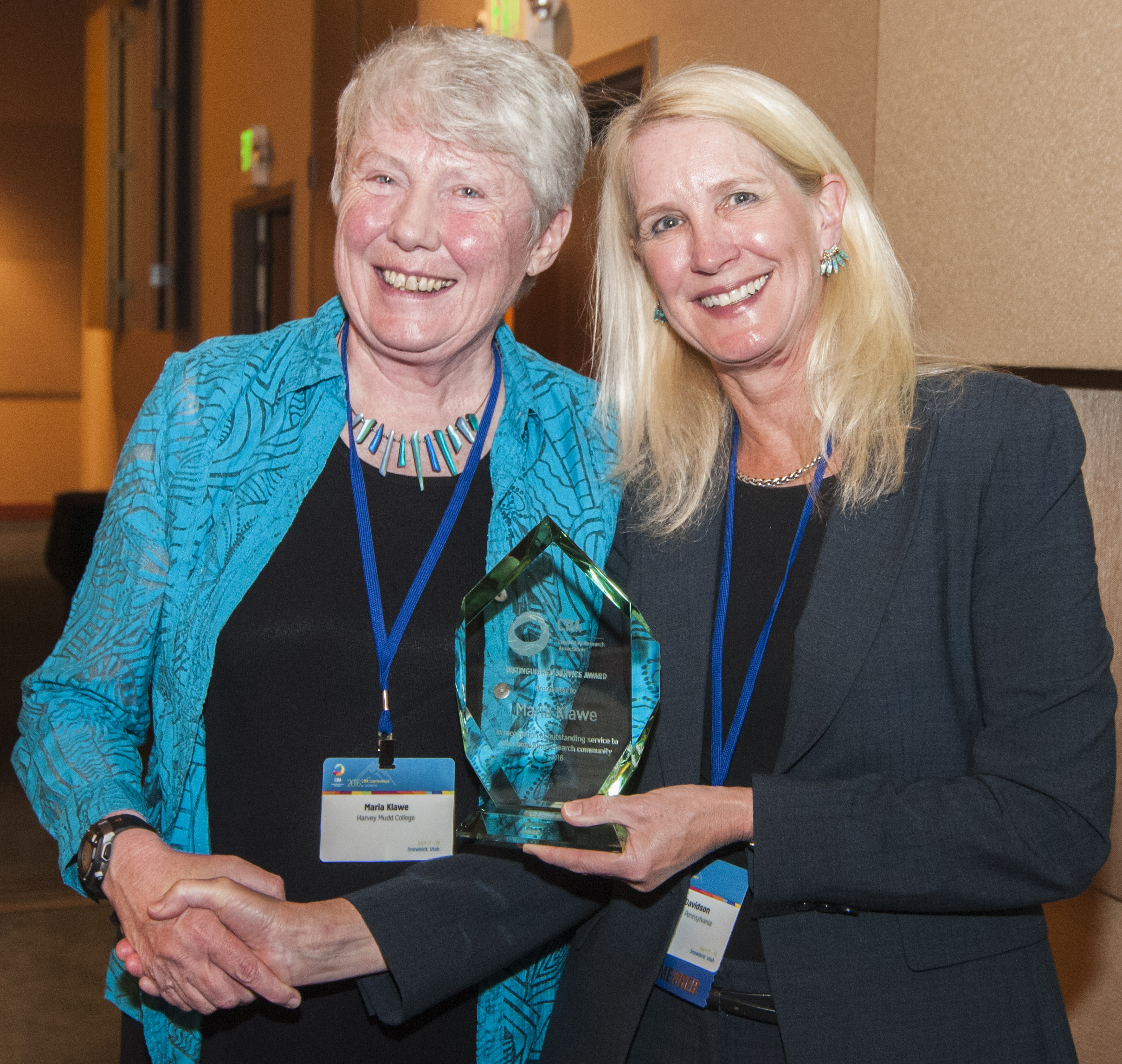 Throughout her career thus far, Klawe has had a significant impact on the field of computing. She once served as president of the ACM, helped establish the Anita Borg Institute, and was the first female member elected to the CRA board of directors in 1990. She has used her leadership positions to strengthen the research discipline of computer science and to establish new norms and policies to increase the percentage of women and minorities in computer science and technology. Klawe remarked, “One of my life goals is to change computer science and engineering community so that it is supportive of everyone, independent of gender, race, sexual orientation or any other irrelevant attribute.”

During her tenure on the CRA Board, along with Nancy Leveson, Klawe founded CRA’s Committee on the Status of Women in Computing Research (CRA-W), which is celebrating its 25th anniversary this year. She identified some of the keys to the success of the committee:

When reflecting on her career, Klawe considered founding CRA-W one of her easier achievements because there was overwhelming support for the committee. In contrast, one of the toughest challenges faced in her career was building a top computer science department at the University of British Columbia (UBC) during a tough budget climate in the late 80s and early 90s. At the time, traditionally established departments like physics and chemistry received more funding than the emerging computer science department. In 1988, her budget for equipment was $4,000 a year – not even enough to buy a single workstation for $7,500. Even though other departments were very opposed it, Klawe successfully fought for resources to improve her underfunded CS department, “I was fighting for the underdog. If you’re successful, often people who are in positions of privilege don’t appreciate it.”

Even though Klawe has seen significant progress on increasing gender diversity in computing, she believes increasing numbers of other underrepresented groups in computing needs more attention. “I think we have an even further way to go in terms of African-Americans and Hispanic students in CS both at the undergrad and graduate level. The Center for Minorities and People with Disabilities in Information Technology and the Tapia Celebration of Diversity in Computing are a great start, but I think there is still a lot more work to be done in this area.”

And Klawe has lofty plans for the future of HMC in this domain. “My current goal at Harvey Mudd is to create, as a community-wide endeavor, a learning environment where we are very supportive of people of color, as well as female students and white male students – everyone.”

She wants all students have a wonderful learning experience and to prove that no matter what background they have, diverse students can go through their rigorous curriculum and thrive.

As a complement to her professional accomplishments, Klawe feels incredibly fortunate to have had an ambitious career balanced with a wonderful family life. She has been married for more than 35 years to Ned Pippinger, another theoretical computer scientist and mathematician, and they have two adult children.

Klawe is also an accomplished painter. Last year, her watercolor paintings were featured in an exhibition at the Community School of Music and Arts in Mountain View, Calif., with proceeds funding a scholarship program for underrepresented students at HMC. In her free time, while working on paintings, Klawe mentors younger individuals in technology careers over the phone.

In her family, Klawe is know for her incredible amount of energy, and she loves to exercise – hiking, kayaking, and using elliptical machines in place of running long distances. You may also find her reading with a cat cuddled on her lap.

OSTP Shares Resource on Diversity, Equity, and Inclusion in Science and Tec... 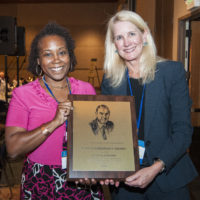