This article is published in the January 2015 issue.

David Culler is a Professor and Chair of Electrical Engineering and Computer Sciences, and Faculty Director of i4energy at the University of California, Berkeley. Professor Culler received his B.A. from U.C. Berkeley in 1980, and M.S. and Ph.D. from MIT in 1985 and 1989. He has been on the faculty at Berkeley since 1989, where he holds the Howard Friesen Chair. He is a member of the National Academy of Engineering, an ACM Fellow, an IEEE Fellow and was selected for the 2013 Okawa Prize, ACMs Sigmod Outstanding Achievement Award, Scientific American’s ‘Top 50 Researchers’, and Technology Review’s ’10 Technologies that Will Change the World’. He has received Test-of-Time awards from Sensys, Usenix, NSDI, SIGCOMM, PLDI, HPDC, and ISCA. He received the NSF Presidential Young Investigators award in 1990 and the NSF Presidential Faculty Fellowship in 1992. He was the Principal Investigator of the DARPA Network Embedded Systems Technology project that created the open platform for wireless sensor networks based on TinyOS, and was co-founder and CTO of Arch Rock Corporation and the founding Director of Intel Research, Berkeley. He has done seminal work on networks of small, embedded wireless devices, planetary-scale internet services, parallel computer architecture, parallel programming languages, and high performance communication, and including TinyOS, PlanetLab, Networks of Workstations (NOW), and Active Messages. He has served on Technical Advisory Boards for several companies, including People Power, Inktomi, ExpertCity (now CITRIX on-line), and DoCoMo USA. He is currently focused on utilizing information technology to address the energy problem and is co-PI on the NSF CyberPhysical Systems projects LoCal and ActionWebs and PI on Software Defined Buildings.

Eric de Sturler is a professor of Mathematics at Virginia Tech. Previously, he was a computer science professor at the University of Illinois at Urbana-Champaign and a senior researcher at the Interdisciplinary Project Center for Supercomputing, ETH Zurich. He works on the theory and development of iterative methods for large linear and nonlinear problems, optimization, inverse problems, and their applications. He is a Leslie Fox prizewinner. His research is highly interdisciplinary, including collaborations on photosynthesis and optimizing plants for carbon fixation, parallel computing, tomography and computer graphics, the optimal design of structures, electronic structure computations for deep earth materials, and the astrophysics of gamma-ray bursts. His work has been supported by major grants from NSF, DOE, NASA, AFOSR, and Sandia National Labs.

David Ebert is the Silicon Valley Professor of Electrical and Computer Engineering at Purdue University, a University Faculty Scholar, a Fellow of the IEEE, and Director of the Visual Analytics for Command Control and Interoperability Center (VACCINE), the Visualization Science team of the Department of Homeland Security’s Command Control and Interoperability Center of Excellence. Dr. Ebert performs research in novel visualization techniques, visual analytics, volume rendering, information visualization, perceptually-based visualization, illustrative visualization, mobile graphics and visualization, and procedural abstraction of complex, massive data. Ebert has been very active in the visualization community, teaching courses, presenting papers, co-chairing many conference program committees, serving on the ACM SIGGRAPH Executive Committee, serving as Editor in Chief of IEEE Transactions on Visualization and Computer Graphics, serving as a member of the IEEE Computer Society’s Publications Board, serving on the IEEE Computer Society Board of Governors, and successfully managing a large program of external funding to develop more effective methods for visually communicating information.

Lise Getoor is a Professor in the Computer Science Department at UC Santa Cruz. Her research areas include machine learning and reasoning under uncertainty, with an emphasis on graph and network data. She is a AAAI Fellow, serves on the International Machine Learning Society board, was co-chair for ICML 2011, and is a recipient of an NSF Career Award and eight best paper and best student paper awards. She received her PhD from Stanford University, her MS from UC Berkeley, and her BS from UC Santa Barbara, and was a professor at the University of Maryland, College Park from 2001-2013. 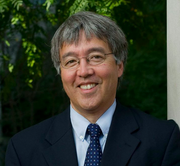 Nominees by Petition Sought for CRA Board
Scroll to top
We use cookies to understand how you use our site and to improve your experience. By continuing to use our site, you accept our use of cookies.Accept Read More
Disclaimer
Privacy Overview