Recently, The New York Times featured an article “The Hard Part of Computer Science? Getting Into Class.” The story explores how the increasing student demand for computer science courses is outstripping the supply of professors. The article cites CRA Taulbee Survey data and quotes several current and former CRA board members.

Former CRA board member Maria Klawe commented on its impact on underrepresented groups in computing:

Also, former CRA board member Tracy Camp described how her university is managing the situation:

Camp also chaired the CRA Enrollments Committee, which published the Generation CS report on the computer science undergraduate enrollments surge that has existed since 2006. The report details the results of an enrollment survey designed to measure, assess, and better understand enrollment trends and their impact on computer science units, diversity, and more. The National Academies also published a report, “Assessing and Responding to the Growth of Computer Science Undergraduate Enrollments“.

Click here to view the full New York Times article. Visit the CRA website for more information on the Taulbee Survey and the Generation CS report. In addition, CRA’s Data Buddies Project collects longitudinal data on students, which can be used to gauge the impact of increasing demands on computing courses and faculty. Visit the CERP website to learn more about how to get involved with The Data Buddies Project. 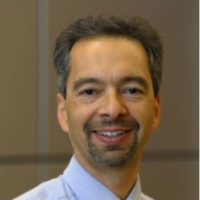 Board Member Highlight: CRA Board Member Ran Libeskind-Hadas
Scroll to top
We use cookies to understand how you use our site and to improve your experience. By continuing to use our site, you accept our use of cookies.Accept Read More
Disclaimer
Privacy Overview