On February 22-23, CRA held its annual Computing Research Leadership Summit for the senior leadership of CRA member societies (Association for the Advancement of Artificial Intelligence, Association for Computing Machinery, CS-Can/Info-Can, IEEE Computer Society, Society for Industrial and Applied Mathematics, and USENIX) and winter board meeting.

Leadership Summit Highlights
Several discussions provided useful information on current issues that are of collective importance to the organizations:

Board Meeting Highlights
Two leadership summit sessions were held jointly with the CRA board meeting:

Strategic Planning Implementation
CRA is in the final phase of its strategic planning process, led by Greenway Strategy Group. The strategic planning process has three phases, Analysis, Strategy Development, and Action Planning. Priority outcomes and strategic themes were identified in the Strategy Development Phase, and CRA is currently working on creating action plans for the initiatives identified. The board also discussed possible changes to CRA board governance.

Industry Committee
At the July 2020 board meeting, the board approved the formation of the CRA Industry Committee (CRA-I). CRA-I’s mission is to create a computing research ecosystem that focuses on opportunities with industry to leverage the potential synergies among industry, government, and academia for mutual benefit and improved societal outcomes. The committee is currently going through a process to assess needs through an initial set of interviews with people representing a range of expertise across industry, academia, and government. The committee is also conducting a pilot survey and plans to collaborate with other CRA committees. The board approved funding for a new staff position to support CRA-I activities. 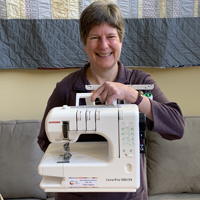 CRA Board Chair Ellen Zegura will end her term at CRA on June 30, 2021. During the meeting, she was presented with a coverstitch machine (complete with a CRA logo attached) as a gift for her service as board chair. She enjoys quilting as a hobby, so we are confident it will be put to good use. CRA is thankful for her outstanding service as board chair for the last two years and board member since 2011. She has served on several committees throughout her time on the board and continues to guide CRA through its strategic planning process. 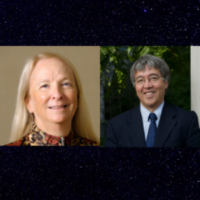 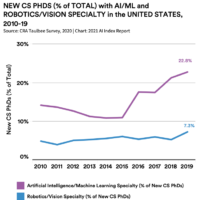 The AI Index: Emerging Trends in AI Education
Scroll to top
We use cookies to understand how you use our site and to improve your experience. By continuing to use our site, you accept our use of cookies.Accept Read More
Disclaimer
Privacy Overview