The Pittsburgh Supercomputing Center (PSC) invites applications and nominations for the position of Director. PSC is a partnership between Carnegie Mellon University (CMU) and the University of Pittsburgh (Pitt), both of which are members of the prestigious Association for American Universities (AAU) and are committed to the Center’s success.

PSC operates a sophisticated facility that includes high-performance computing systems, high-speed parallel filesystems, and leading-edge networking. PSC is supported by several federal agencies, the Commonwealth of Pennsylvania, and private industry and is a leading partner in XSEDE, the National Science Foundation cyberinfrastructure program.  With an annual budget of $16.5M, PSC computing resources have been used by more than 9,000 principal scientists and engineers in its 30+ year history. Notable scientific achievements by PSC staff and external researchers using PSC resources include the first realistic 3-D model of blood flow in the heart, the first simulated reversal of the earth’s magnetic field, and many more.

The position description can be found at https://bit.ly/PittsburghSupercomputingCenter.  Confidential inquiries, nominations and applications should be sent electronically via email (Microsoft Word or Adobe PDF files preferred) to:

Consultants to the Search Committee 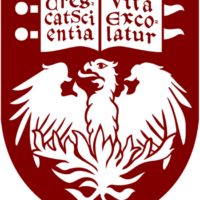