By Betsy Bizot and Stu Zweben

Non-tenure-track teaching faculty are becoming more important to doctoral departments to help them meet their educational goals and responsibilities, particularly in response to the current enrollments surge. In the Generation CS report (available at https://cra.org/cra/data/Generation-CS/), 65% of doctoral departments reported in fall 2015 that they had increased the number of teaching faculty on continuing appointments in response to increased enrollments, and an additional 16% were considering it. Similarly, between fall 2006 and fall 2016, the proportion of Taulbee Survey respondents reporting at least one full-time non-tenure-track teaching faculty member increased from 81% to 87% and, more notably, the median number of such teaching faculty at the departments reporting nonzero counts rose from 3 to 6.

Currently, the CRA Taulbee Survey asks for head counts and salaries of full time non-tenure-track teaching faculty, but does not distinguish between different types of teaching faculty. In fall 2016, we added a few questions to the Taulbee to help guide our decisions about whether to change the teaching faculty data collection and reporting in the future. When asked if they would be interested in more fine-grained data about teaching faculty, 59% of the academic units said yes, 18% said no, 2% said maybe, and 21% had no opinion, suggesting that there is sufficient interest to pursue this.

In order to collect Taulbee data by categories of teaching faculty, it is necessary to establish and define the categories. As a first step toward achieving this goal, the fall 2016 Taulbee asked an open-ended question about teaching faculty titles and levels used within the academic unit. One hundred and twenty units responded. As expected, the units varied widely in the number of titles and the specific titles they used. The titles included:

We observe the following patterns from these responses:

The next step will be to determine the specific categories to use for more detailed data on teaching faculty. Because more time is needed for this process, the fall 2017 Taulbee questions about teaching faculty will be unchanged; changes will be implemented in the fall 2018 survey.

CRA Board Committee on Teaching Faculty

Separate from the Taulbee question but working in parallel, a CRA Teaching Faculty Committee led by CRA board member Penny Rheingans (University of Maryland, Baltimore County) is focusing on larger questions about teaching faculty. This group is divided into three subcommittees: one is working on a Best Practices Memo that makes recommendations to departments on their management of teaching faculty; one is working with an ACM SIGCSE group collecting information from teaching faculty themselves about the policies and practices governing their work; and one is surveying academic units in fall 2017, in parallel with the Taulbee Survey, to gather more data about the expectations and policies for teaching faculty with various titles. Information from the department-level survey will be used to define the categories of teaching faculty to be used in the Taulbee Survey in fall 2018.

Members of the academic computing community are invited to provide suggestions about the best practices of their own departments and other issues that the Best Practices Memo should address. Chairs of CRA doctoral-granting member departments and members of the CRA Deans group should already have received an email inviting them to comment.  Members of these groups who did not receive an email can contact Betsy Bizot at bizot@cra.org/cra for their link. Other readers of this article who would like to provide input can follow this link to the form:  https://goo.gl/forms/HLIw6E2zcXzRBj632

Not Previously Reported: The Teaching Load of Non-Tenure-Track Teaching  Faculty

*Quarter system loads were converted to semester equivalent by multiplying by .67. Multiply by 1.5 to convert these values back to quarter system. 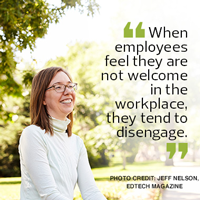 A CS Education Summit in Pittsburgh: Addressing the Challenges of Increasing...
Scroll to top