Much of the public enthusiasm for STEM education rests on the assumption that these fields are rich in job opportunity. Some are, some aren’t. STEM is an expansive category, spanning many disciplines and occupations, from software engineers and data scientists to geologists, astronomers and physicists.

What recent studies have made increasingly apparent is that the greatest number of high-paying STEM jobs are in the “T” (specifically, computing).

Earlier this year, Glassdoor, a jobs listing website, ranked the median base salary of workers in their first five years of employment by undergraduate major. Computer science topped the list ($70,000), followed by electrical engineering ($68,438). Biochemistry ($46,406) and biotechnology ($48,442) were among the lowest paying majors in the study, which also confirmed that women are generally underrepresented in STEM majors.

In this blog post, former CCC Chair Edward Lazowska analyzed the 2016 U.S. Bureau of Labor Statistics (BLS) job projections covering the decade 2014-2024. The projections show that computing occupations dominate STEM: computing occupations are projected to account for 73% of all newly-created STEM jobs during the decade (488,500 jobs), and 55% of all available STEM jobs, whether newly-created or available due to retirements (1,083,800 jobs over the decade).

But all is not lost for those not in computing. There is great opportunity in the merging of technology and the other STEM fields. The article also notes that demand is high for those with computing skills, so graduates from other STEM disciplines are getting additional training and applying their skills as data scientists.

“There is a huge divide between the computing technology roles and the traditional sciences,” said Andrew Chamberlain, Glassdoor’s chief economist.

If physicists and biologists want to enjoy the boom times in the digital economy, a few specialist start-ups will train them and find them jobs as data scientists and artificial intelligence programmers.

The article highlighted a new division of data sciences at the University of California, Berkeley, that started in July and is run by former CRA Board Member David Culler.

The division is a response to student demand and advancing technology. Berkeley’s “Foundations of Data Science” course attracted 1,200 students from more than 50 majors in the last academic year.

The choice of the term “division” rather than “institute,” explained David Culler, the interim dean for data sciences, underlines its approach. “We want this to be something foundational across the university, innovating with other disciplines, not differentiating from them,” he said. “This is the academic world mirroring what is happening in the larger economy.”

NAS Report Released: Assessing and Responding to the Growth of Computer Science... 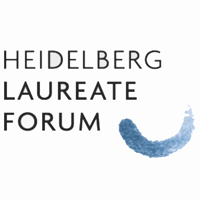