The ACM Prize in Computing recognizes an early to mid-career fundamental, innovative contribution in computing that exemplifies the greatest achievements in the discipline. The award is given for achievements during the early years of an individual’s career – candidates are typically within 8-16 years of the terminal degree. The award is presented each June at the ACM Awards Banquet and is accompanied by a prize of $250,000.

This year’s nomination deadline is January 15. Complete information is available at: https://awards.acm.org/acm-prize/nominations 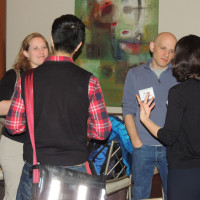 CUE.NEXT: Envisioning the Future of Computing in Undergraduate Education
Scroll to top