CRA has several ways for leaders in the computing community to be recognized. CRA is currently accepting nominations for three award programs and its Board of Directors.

Distinguished Service Award
CRA makes an award to a person who has made an outstanding service contribution to the computing research community. This award recognizes service in the areas of government affairs, professional societies, publications or conferences, and leadership that has a major impact on computing research. The deadline for receipt of nominations is December 11, 2015 by midnight (EST).

Nico Habermann Award
CRA makes an award to a person who has made outstanding contributions aimed at increasing the numbers and/or successes of underrepresented groups in the computing research community. This award recognizes work in areas of government affairs, educational programs, professional societies, public awareness, and leadership that has a major impact on advancing these groups in the computing research community. Recognized contributions can be focused directly at the research level or at its immediate precursors, namely students at the undergraduate or graduate levels. The deadline for receipt of nominations is December 11, 2015 by midnight (EST).

CRA is pleased to announce a new award program that honors faculty members in computing who have made a significant impact on students they have mentored. The award recognizes faculty members who have provided exceptional mentorship and undergraduate research experiences, and, in parallel, guidance on admission and matriculation of these students to research-focused graduate programs in computing.

Eligible nominees are full-time faculty members at North American academic institutions. Faculty members include tenured and tenure-track faculty, instructors, and professors of the practice. Nominations are due Monday, November 30, 2015 by midnight (EST).

CRA seeks your help in suggesting nominations for its Board of Directors.  We want individuals who have time, energy, initiative, and resources to work on CRA issues on behalf of the entire CRA community.  We have a working board, and all members are expected to work on community issues. Click here for the nomination form, and important dates and events. The deadline for receipt of nominations is December 4, 2015 by midnight (EST). 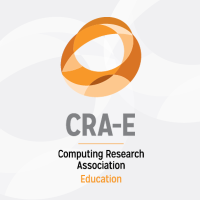