We are excited to introduce a new discussion session at the 2016 CRA Conference at Snowbird that will facilitate dialogues about a number of thought-provoking topics in computing research. The group discussions will be based on the articles and books below. The session is scheduled for the morning of Tuesday, July 19, so begin the final day of the conference with some stimulating conversation. The conference agenda, now including session descriptions is available at: https://cra.org/events/snowbird-2016/#agenda.

American Statistical Association Statement on the “Role of Statistics in Data Science” (pdf available here)
Introduction: “The rise of data science, including Big Data and data analytics, has recently attracted enormous attention in the popular press for its spectacular contributions in a wide range of scholarly disciplines and commercial endeavors. These successes are largely the fruit of the innovative and entrepreneurial spirit that characterize this burgeoning field. Nonetheless, its interdisciplinary nature means that a substantial collaborative effort is needed for it to realize its full potential for productivity and innovation. While there is not yet a consensus on what precisely constitutes data science, three professional communities, all within computer science and/or statistics, are emerging as foundational to data science: (i) Database Management enables transformation, conglomeration, and organization of data resources, (ii) Statistics and Machine Learning convert data into knowledge, and (iii) Distributed and Parallel Systems provide the computational infrastructure to carry out data analysis.”

“Rescuing US Biomedical Research from its Systemic Flaws” in Proceedings of the National Academies (pdf available here)
Abstract: “The long-held but erroneous assumption of never-ending rapid growth in biomedical science has created an unsustainable hypercompetitive system that is discouraging even the most outstanding prospective students from entering our profession—and making it difficult for seasoned investigators to produce their best work. This is a recipe for long-term decline, and the problems cannot be solved with simplistic approaches. Instead, it is time to confront the dangers at hand and rethink some fundamental features of the US biomedical research ecosystem.”

Designing the New American University by Michael Crow and William Dabars (available for purchase here)
Description: ”America’s research universities consistently dominate global rankings but may be entrenched in a model that no longer accomplishes their purposes. With their multiple roles of discovery, teaching, and public service, these institutions represent the gold standard in American higher education, but their evolution since the nineteenth century has been only incremental. The need for a new and complementary model that offers accessibility to an academic platform underpinned by knowledge production is critical to our well-being and economic competitiveness.”
An Everyone Culture: Becoming a Deliberately Developmental Organization by Robert Kegan and Lisa Laskow Lahey (available for purchase here)
Description: “A Radical New Model for Unleashing Your Company’s Potential. In most organizations nearly everyone is doing a second job no one is paying them for—namely, covering their weaknesses, trying to look their best, and managing other people’s impressions of them. There may be no greater waste of a company’s resources. The ultimate cost: neither the organization nor its people are able to realize their full potential.

What if a company did everything in its power to create a culture in which everyone—not just select “high potentials”—could overcome their own internal barriers to change and use errors and vulnerabilities as prime opportunities for personal and company growth?”

Stuck in the Shallow End: Education, Race, and Computing by Jane Margolis (available for purchase here)
Description: “The number of African Americans and Latino/as receiving undergraduate and advanced degrees in computer science is disproportionately low, according to recent surveys. And relatively few African American and Latino/a high school students receive the kind of institutional encouragement, educational opportunities, and preparation needed for them to choose computer science as a field of study and profession. In Stuck in the Shallow End, Jane Margolis looks at the daily experiences of students and teachers in three Los Angeles public high schools: an overcrowded urban high school, a math and science magnet school, and a well-funded school in an affluent neighborhood. She finds an insidious “virtual segregation” that maintains inequality.”

Machines of Loving Grace: The Quest for Common Ground Between Humans and Robots by John Markoff (available for purchase here)
Description: As robots are increasingly integrated into modern society—on the battlefield and the road, in business, education, and health—Pulitzer-Prize-winning New York Times science writer John Markoff searches for an answer to one of the most important questions of our age: will these machines help us, or will they replace us?

In the past decade alone, Google introduced us to driverless cars, Apple debuted a personal assistant that we keep in our pockets, and an Internet of Things connected the smaller tasks of everyday life to the farthest reaches of the internet. There is little doubt that robots are now an integral part of society, and cheap sensors and powerful computers will ensure that, in the coming years, these robots will soon act on their own. This new era offers the promise of immense computing power, but it also reframes a question first raised more than half a century ago, at the birth of the intelligent machine: Will we control these systems, or will they control us?

Whistling Vivaldi: How Stereotypes Affect Us and What We Can Do (Issues of Our Time) by Claude M. Steele (available for purchase here)

Description: “The acclaimed social psychologist offers an insider’s look at his research and groundbreaking findings on stereotypes and identity. Claude M. Steele, who has been called “one of the few great social psychologists,” offers a vivid first-person account of the research that supports his groundbreaking conclusions on stereotypes and identity. He sheds new light on American social phenomena from racial and gender gaps in test scores to the belief in the superior athletic prowess of black men, and lays out a plan for mitigating these “stereotype threats” and reshaping American identities.” 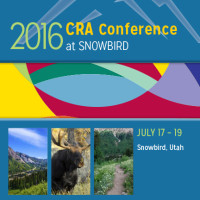