The Coalition for National Science Funding, of which CRA is an active member, held its annual Science Exhibition on Capitol Hill last week. It was once again a great success with a room full of hundreds of attendees and a number of Congressmen visiting exhibits. For the first time, the Speaker of the House Nancy Pelosi (D-CA) attended, spoke briefly on the importance of funding basic science research, and received many thanks from the community there for her efforts to see science funded as part of the stimulus bill and the FY 09 Appropriations. Other members of Congress who attended included Rep. Rush Holt (D-NJ) and Rep. Vern Ehlers (R-MI) pictured here. Overall, the event was very successful in spreading the message that federally funded science research makes important contributions and discoveries in all scientific fields. 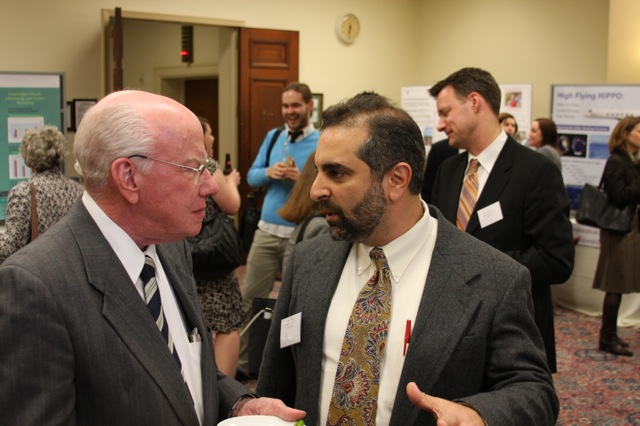 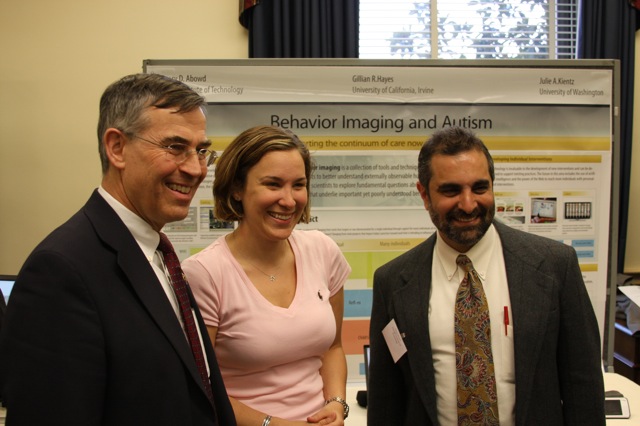 Also pictured are Dr. Gregory Abowd of the Georgia Institute of Technology and Dr. Gillian Hayes of the University of California, Irvine who represented CRA with an exhibit on Behavior Imaging and Autism that drew a great deal of interest from attendees and the other participants. The exhibit showcased research on using sensors in toys and video imaging to monitor the developmental progress of children with autism and other developmental disorders.

The event, a science fair for Congress and staff, had 35 booths manned by researchers representing universities and scientific societies featuring some of the important research funded by the National Science Foundation.