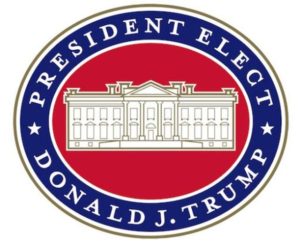 It’s taken a little longer to write up this analysis because it’s taken us a bit longer to start wrapping our heads around what happened. It’s not that it was hard to imagine a Trump victory, but a Trump victory *and* the GOP holding Congress…that seemed pretty inconceivable based on polling and the conventional wisdom. But that’s where we stand.

As you can imagine, there’s quite a bit of fog surrounding the shape of what’s to come, but what follows is our best attempt at sussing out the current landscape and our place in it.

How will Trump Treat Science?

We don’t know for sure. It’s probably a safe bet that the most obvious likely difference could be in the prominence science plays in his White House. We’ve seen 8 years of nearly unprecedented prominence for science policy issues at the presidential level: a suite of presidential or national-scale science initiatives; a well-staffed, proactive Office of Science and Technology Policy; a Science Advisor with the ear of the President; an active and well-supported President’s Council for Advisors on Science and Technology. Trump hasn’t given much indication throughout his campaign that he would place the same priority on his science efforts. He has commented only a few times on science policy, and thinking about those quotes and making some assumptions about the type of folks friendly to his campaign who might be tapped to serve in science roles in his Administration could give us some indications about what we’re in for:

What does Full GOP Control Mean for Science?

The consolidation of GOP power has obvious implications for appropriations and authorizations. Going forward, the GOP can’t claim that obstruction by the Dems is hindering their efforts, so we may actually see something close to regular order in the appropriations process (as opposed to a more brinksmanship-based approach, where looming deadlines force compromises that result in last-minute omnibus bills). That’s good, in that it gives us a few more opportunities each cycle to have some influence on the final shape of the legislation. But it also means that Republicans will drive the prioritizing. We do still have GOP champions for science in both the House and Senate, and much of the efforts of the science advocacy community over the next few months will be targeted at bolstering those folks to defend science agencies in the FY 17 bills, and in what’s likely to be an even more tightly-capped FY18 cycle.

Of immediate concern is the final resolution of the FY17 appropriations cycle. Prior to the election, the conventional wisdom was that congressional leaders would back an omnibus bill during the lame-duck session before the current continuing resolution expires on Dec 9th. However, it now appears that the Republican leadership would prefer to pass a CR that postpones further work on appropriations until March or April of next year, giving the new Administration time to get up to speed. Of *key* concern, especially in the FY18 appropriations cycle which gets underway in February, is the desire of the GOP and Trump to relax the budget caps currently in place on defense spending. These are the caps backed by the sequester established by the 2011 Budget Control Act. The GOP argues that these caps are now unrealistic and are hurting our military and would like to see defense spending ramped up by some percentage. However, the GOP doesn’t want to increase overall spending to pay for the defense increase, and so any increase in defense discretionary spending would need to be offset by cuts to non-defense discretionary spending — a pot of money which includes agencies like NSF, NIST, NOAA, NASA, DOE and NIH. We will be reaching out to our champions and working with our coalition partners in the advocacy community to make the case that investments in research in these non-defense accounts ought to be prioritized, not cut.

On the authorizations side, it’s not clear that the election has changed the calculus very much between the Senate and the House concerning their differences on things like the America COMPETES reauthorization. The Senate is still seen as the bulwark against the more contentious provisions coming out of the House, including resurrected provisions defunding SBE or placing further review and oversight over NSF’s grant-making process.

So for those worried about the impact of a Trump administration on computing research policy, it’s not exactly time to get on the ledge. There’s a lot of inertia in federal agencies; the ship of state rarely turns on a dime. There may be a whole host of reasons for worry about the new administration, but we think we’re in a pretty good position to contend with this whole new world in science policy.

As the fog continues to lift on the final shape of a Trump science administration, we’ll have all the details here.