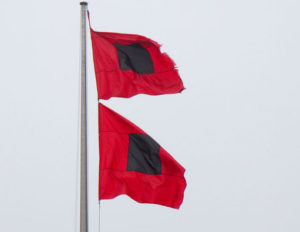 For anyone who pays attention to the happenings of official Washington, it’s been an eventful week, even though it is just Wednesday. The week started with Congress coming back from the Thanksgiving break with an overflowing plate of issues to handle; the most significant being the slow moving tax overhaul effort and a quickly expiring continuing resolution (CR), on December 8th, that is keeping the Federal Government funded and operating. CRA has weighed in — along with five of the other leading computing organizations — on a provision in the House tax reform effort that would increase taxes on graduate students in the U.S., but we’re also paying close attention to the Federal budget endgame.

That endgame has started roughly. To start the negotiating, a meeting was set up between the President and Republican and Democrat Congressional leaders on Tuesday. However, President Trump upended those plans by tweeting that morning that he didn’t see a deal as being possible. Not unpredictably, the Democratic leaders pulled out of the meeting, saying there wasn’t much point working with the President if no deal was possible, so they would only work with Congressional Republicans. While chaos didn’t ensue, a lot of frustration, on both sides of the political aisle was vented that carefully laid negotiating plans were up-ended by the President.

Why did this happen? Congressional Republicans are deeply split on Federal spending between defense hawks, who want significant increases to defense spending, and budget hawks, who want deep cuts to Federal spending to reduce the deficit. The inability of these groups to come to an agreement on budget priorities forces Republican leaders to rely on earning some Democratic votes to pass any budget. This gives Democrats not just a seat at the table but a good amount of leverage in what any final bill looks like. The flip side is that President Trump seems to see political advantage in playing hardball with Congressional Democrats, believing that he can successfully blame Democrats for any government shutdown that could ensue if an agreement isn’t reached. With that in mind, President Trump’s tweet could just be a negotiating tactic — which is how the White House is spinning it.

However, Democrats have their own political calculations. There is a very real possibility that Democrats could pay a high political price from their supporters by negotiating with President Trump and possibly giving up too much. They have their own demands – for example, they believe any funding bill must also address the fate of the Dreamers – individuals who came to the U.S. as children and were granted a level of amnesty from immigration violations under the DREAM Act. The President’s tweet suggests that he’s not willing to negotiate on the Dreamers, which inches us much closer to shutdown.

So, is a government shutdown a foregone conclusion? Not necessarily, as there is still time for deals to get made. But a shutdown is a very real possibility. This situation will have to play out more before any answer becomes clear. However, for now, borrowing an idea from weather forecasting, we’d upgrade this shutdown watch to a shutdown warning.

Invalid or expired token.
Appropriations Update: FY 18 House and Senate Numbers for Defense Research Shut down ends but will we be back here in February?
Scroll to top