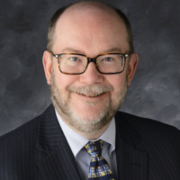 Last week, the National Science Board (NSB) elected former CRA Board Chair Daniel Reed, from the University of Utah, as its next chair. The NSB oversees the operations of the National Science Foundation (NSF) and, “identifies issues that are critical to NSF’s future, approves NSF’s strategic budget directions and the annual budget submission to the Office of Management and Budget, and approves new major programs and awards,” according to the body’s website. It also serves as, “an independent body of advisors to the President and Congress on policy matters related to science and engineering and education in science and engineering.” Dr. Reed was appointed to the NSB in 2018. He served on the CRA Board of Directors from 1999 to 2009, was chair from 2005 to 2009, and currently serves on the CRA Government Affairs Committee.

At this critical juncture for NSF — with the focus on emerging technologies, the creation of the new Directorate for Technology, Innovation, and Partnerships (TIP), and the pending NSF legislation in Congress which will likely reshape the mission of the agency — it’s crucial to have someone from the computing and IT research community helping to steer the NSB in its oversight of the agency and in crafting Federal science policy. We wish to congratulate Dr. Reed on this great honor, and we look forward to working with him as he continues to serve the Nation in this new role!

Roundup of FY2023 Research Agency Requests: Generally Good Numbers for the Budget... USICA and Competes Act Update: Legislation is Stalled and its Future is Unc...
Scroll to top