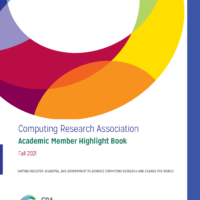 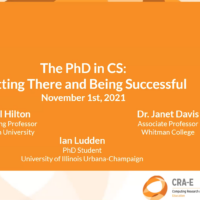 CRA-E Webinar Available: The Ph.D. in CS – Getting There and Being Su...
Scroll to top