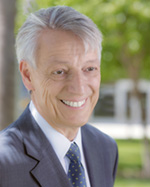 CRA Board Member Jean-Luc Gaudiot was recently elected to be the 2017 president of IEEE Computer Society (IEEE-CS). Jean-Luc (University of California – Irvine) has served on the CRA Board for several years as the IEEE-CS representative and is currently a member of the CRA Education Committee.

Jean-Luc Gaudiot has been an active member of the IEEE Computer Society since he joined as a student member in 1973. Over the years, he has demonstrated his leadership in roles such as program committee chair or (co-) general chair of ISCA, HPCA, and PACT; editor in chief of IEEE Transactions on Computers; founding editor of IEEE Computer Architecture Letters; and vice president of Educational Activities (2013) and Publications (2014–2015). These have given him a unique perspective, both broad and in depth, of the Computer Society, its structure, its needs and potential, and its international role. 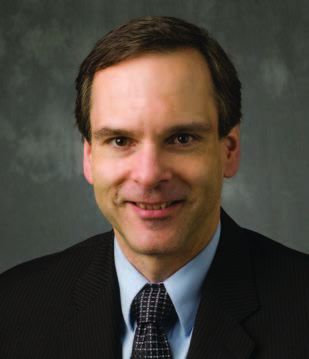 David Ebert (Purdue University) is Jean-Luc’s fellow IEEE-CS representative to the CRA Board and was elected 2016 1st Vice Present of IEEE-CS.

David S. Ebert has been actively engaged in Computer Society (CS) Board of Governors, conferences, technical committee, and publication activities for over 10 years. He has been treasurer, second vice president, and secretary of the Board of Governor’s Executive Committee, associate editor in chief and editor in chief for IEEE Transactions on Visualization and Computer Graphics, and an Computer Graphics associate editor for IEEE Computer Graphics and Applications. Ebert has served as a CS Publications Board member, CS Integrity Chair, Visualization and Graphics Technical Committee Executive Committee member, and an ACM SIGGRAPH Executive Committee member. He has been conference co-chair, program co-chair, and papers co-chair of nine Society-cosponsored conferences and led the IEEE Visualization and Analytics Science and Technology conference advisory board.

Congratulations to both our Board members!