The Association for Computing Machinery (ACM) and IEEE Computer Society recently announced that CRA Board Member and CCC Council Chair Mark D. Hill of the University of Wisconsin-Madison is the recipient of the 2019 Eckert-Mauchly Award. Hill was cited for contributions to the design and evaluation of memory systems and parallel computers. The Eckert-Mauchly Award is known as the computer architecture community’s most prestigious award.

Mark D. Hill is John P. Morgridge Professor and Gene M. Amdahl Professor of Computer Sciences at the University of Wisconsin-Madison. In addition to being a CRA board member, he currently serves as chair of the Computing Community Consortium (CCC) Council and served as vice chair from 2016-18. In 2018, he organized the Computing Research Futures talks at the CRA Conference at Snowbird. Hill helped organize a number of recent CCC workshops including Digital Computing Beyond Moore’s Law (May 2018), Next Steps in Quantum Computing: Computer Sciences Role (May 2018), and Thermodynamic Computing (January 2019). As CCC Council Chair, Hill helped organize a workshop in January 2019 on Identifying Research Challenges in Post Quantum Cryptography Migration and Cryptographic Agility as well as support the 20-year AI Research Roadmap.

From the IEEE Computer Society release:

Widely regarded as the leading memory systems researcher in the world today, Hill made seminal contributions to the fields of cache memories, memory consistency models, transactional memory, and simulation. Hill’s work with over 160 co-authors, which has received more than 20,000 citations, has been guided by the tenet that researchers should develop designs and models.

Hill’s research targets computer design and evaluation. He has made contributions to parallel computer system design (e.g., memory consistency models and cache coherence), memory system design (caches and translation buffers), computer simulation (parallel systems and memory systems), software (e.g., page tables and cache-conscious optimizations), deterministic replay and transactional memory. For example, he is the inventor of the widely-used 3C model of cache behavior (compulsory, capacity, and conflict misses) and co-inventor of the memory consistency model “sequential consistency for data-race-free programs” that serves as a foundation for the C++ and Java multi-threaded memory specifications. Hill’s work is highly collaborative with over 160 co-authors and especially his long-time colleague David A. Wood.

Hill was selected as a John P. Morgridge Endowed Chair of UW-Madison Computer Sciences in 2015. He was named an ACM Fellow in 2004 for contributions to memory consistency models and memory system design, elevated to a Fellow of the IEEE in 2000 for contributions to cache memory design and analysis, and was awarded the ACM SIGARCH Alan Berenbaum Distinguished Service Award in 2009.

Hill will be formally recognized with the award at the 46th International Symposium on Computer Architecture (ISCA) to be held June 22-26, 2019 in Phoenix, Arizona. 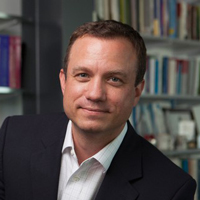