On July 1st, Dr. Tracy Camp officially took the helm as CRA Executive Director. Prior to joining CRA, Camp was the Founding Department Head of Computer Science at Colorado School of Mines (now Emeritus Professor). She brings to CRA strong experience as a leader in the computing research community, a history of spearheading diversity, equity, and inclusion initiatives in computing, and a detailed vision for leading CRA into the future.

Camp is an ACM and IEEE Fellow, with research interests in wireless networking. She is most known for improving the credibility of wireless networking simulation studies. Camp has received over 20 grants from the National Science Foundation, including an NSF Career award. In total, her projects have received over $20 million dollars in external funding.

Camp is the first woman to serve as Executive Director of CRA. She succeeds Andrew Bernat, who served CRA for nearly 20 years before retiring in September, 2021. Special kudos go out to Peter Harsha, CRA’s Senior Director of Government Affairs, for additionally serving as Interim Executive Director since September. Many thanks to Harsha and Bernat as we welcome Camp aboard!

CRA also welcomes four new members to its board of directors: Maria Gini, Gillian Hayes, Dan Lopresti and Ben Zorn. The terms for Gini, Hayes, and Zorn run from July 1, 2022 through June 30, 2025. The Computing Community Consortium welcomed new council members, with Dan Lopresti as the new CCC Chair and representative on the CRA Board. Retiring from the board, as of June 30, are Liz Bradley, Penny Rheingans, Shashi Shekhar, and Marvin Theimer. CRA would like to thank all retiring board members for both their service on the board and contributions made to the computing research community. 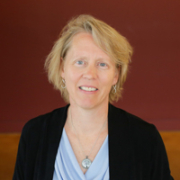 Camp joins CRA from Colorado School of Mines, where she was a member of the faculty since 1998 and Founding Department Head of Computer Science from 2016-2021. Camp’s research interests are in wireless networking. She is most known for improving the credibility of wireless networking simulation studies. More than 4,000 researchers in 88 countries have downloaded at least one of the 12 software packages developed by her research group and her research articles have been cited almost 15,000 times (per Google Scholar).

Camp has received over 20 grants from the National Science Foundation, including an NSF Career award. In total, her projects have received over $20 million dollars in external funding.

Camp is both an ACM Fellow and an IEEE Fellow. She has been a Fulbright Scholar in New Zealand, a Distinguished Visitor in Germany, an ACM Distinguished Speaker, and a keynote speaker at several venues. She earned her B.A. in mathematics at Kalamazoo College, M.S. in computer science from Michigan State University, and Ph.D. in computer science from the College of William and Mary. 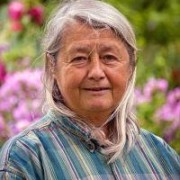 Since 2005, she has also been Associate Chair of the Department of Computer Science and Engineering. She was named an AAAI fellow in 2008 “for significant contributions to coordination and competition in multirobot and multiagent systems, for leadership in the AI community, and for inspiring the next generation”. In 2011, she received the Mullen-Spector-Truax Women’s Leadership Award from the University of Minnesota, presented annually to “a faculty or staff woman at the University who has made outstanding contributions to women’s leadership development”. Gini was also named an IEEE fellow in 2018. As of 2019, she has graduated 34 Ph.D. students as well as nearly 100 graduate students. 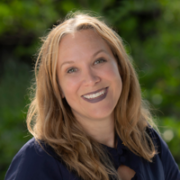 Gillian R. Hayes is Vice Provost for Graduate Education and Dean of the Graduate Division at UC Irvine. She is also the Robert A. and Barbara L. Kleist Professor of Informatics in the School of Information and Computer Sciences with courtesy appointments in computer science, education, and pediatrics. As dean of the Graduate Division, Dr. Hayes leads campus efforts to recruit a dynamic, diverse, and excellent set of graduate students and post-doctoral scholars, ensure their ability to thrive as scholars at UCI, and help them launch their careers. Her research interests are in human-computer interaction, assistive and educational technologies, and health informatics. She designs, develops, deploys, and evaluates technologies to empower people to use collected data to address real human needs in sensitive and ethically responsible ways. 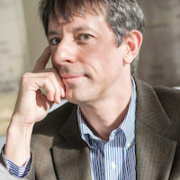 Daniel Lopresti received his bachelor’s degree from Dartmouth in 1982 and his Ph.D. in computer science from Princeton in 1987. In 2003, he joined the Department of Computer Science and Engineering at Lehigh where his research examines fundamental algorithmic and systems-related questions in pattern recognition, bioinformatics, and security. On July 1, 2009, he became Chair of the CSE Department and occupied the position for 10 years through several reappointments ending on June 30, 2019. Beginning on July 1, 2014, he served as Interim Dean of the P. C. Rossin College of Engineering and Applied Science for a year. On July 1, 2015, he was named Director of the Data X strategic initiative, a role he held until June 2020.

Lopresti currently serves as the President of the International Association for Pattern Recognition (IAPR). He is also currently the Vice Chair of the Computing Research Association’s Computing Community Consortium (CCC). He is an Editor-in-Chief of the International Journal of Document Analysis and Recognition (IJDAR), and as an Area Editor for Computer Vision and Image Understanding (CVIU). He has co-authored over 150 peer-reviewed publications, and is a named co-inventor on 24 U.S. patents. Over his career, Lopresti has mentored more than 70 undergraduate and graduate students and postdocs, and personally facilitated professional networking connections for hundreds more. 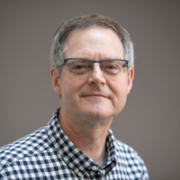 Ben Zorn is a Partner Researcher and former co-manager of the Research in Software Engineering (RiSE) group in Microsoft Research, Redmond WA working on programming languages and software engineering. His research interests include usability, security, and reliability, including reliability of artificial intelligence.

From 1990-1998, he was an Associate Professor of Computer Science at the University of Colorado. He has a BS from Rensselaer Polytechnic Institute (1982) and an MS (1984) and Ph.D. (1989) from the University of California at Berkeley.

He has served as the Program Chair (1999) and General Chair (2010) of PLDI, on the Executive Committee of SIGPLAN, and as a member of the Computing Community Consortium (CCC) Council between 2014 and 2020.  He co-founded the CRA-Industry committee in 2021 and is currently co-chair.  In 2021, he received the SIGPLAN Distinguished Service Award. 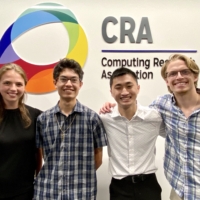