CRA would like to welcome two new members to its Board of Directors: Alan Edelman (MIT) and Dezhen Song (Texas A&M University). Edelman is the new SIAM Representative on the CRA Board replacing Eric de Sturler (who’s term as the SIAM Representative ended in 2022). Song replaces Ayanna Howard who has ended her term early due to new service appointments in 2022 (e.g., the National Artificial Intelligence Advisory Committee). CRA thanks both de Sturler and Howard for their service and contributions on the CRA Board. 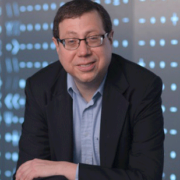 Alan Edelman considers himself to be a pure mathematician and an applied computer scientist. He has consulted for Pixar, IBM, Microsoft, and Thinking Machines, he also co-founded JuliaHub and Interactive Supercomputing.  Edelman has won many prestigious prizes including a Gordon Bell Prize, Householder Award, IEEE Fernbach Award, Charles Babbage Award and was tenth in the nation in the USA Math Olympiad when he was in high school. He is a fellow of ACM, SIAM, IEEE, and AMS. Most of all he loves the interaction of mathematics and computation. 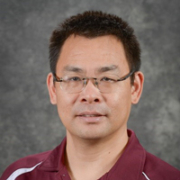 Dezhen Song is a Professor and Associate Department Head with the Department of Computer Science and Engineering at Texas A&M University, College Station, Texas. Song received his Ph.D. in 2004 from the University of California, Berkeley and his MS and BS from Zhejiang University in 1995 and 1998, respectively. Song’s primary research areas are robot perception, networked robots, visual navigation, automation, and stochastic modeling. He has served as Associate Editor (AE) and Senior Editor for multiple journals including IEEE Transactions on Robotics (T-RO) (AE, 2008-2012), IEEE Transactions on Automation Science and Engineering (T-ASE) (AE, 2010-2014), and IEEE Robotics and Automation Letters (RA-L) (SE, 2017-2020). Song is a multimedia Editor for Springer Handbook of Robotics. His research has resulted in two books and more than 130 refereed publications. Song received an NSF Faculty Early Career Development (CAREER) Award in 2007, Kayamori Best Paper Award of the 2005 IEEE International Conference on Robotics and Automation, the 2022 Best Paper Award of the LCT 2022 Affiliated Conference, first place in the GM/SAE autonomous driving dynamic competition in 2021, and an Amazon Research Award in 2020.

Congratulations to the 2023 ACM Fellows! 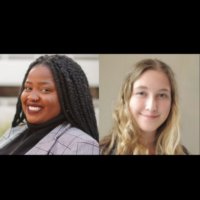