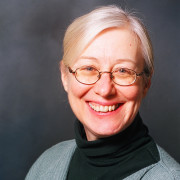 Julia Hirschberg is Percy K. and Vida L. W. Hudson Professor of Computer Science and Chair of the Computer Science Department at Columbia University. She worked at Bell Laboratories and AT&T Laboratories — Research from 1985-2003 as a Member of Technical Staff and a Department Head, creating the Human-Computer Interface Research Department in 1994.     She served as editor-in-chief of Computational Linguistics from 1993-2003 and co-editor-in-chief of Speech Communication from 2003-2006. She served on the Executive Board of the Association for Computational Linguistics (ACL) from 1993-2003, on the Permanent Council of International Conference on Spoken Language Processing (ICSLP) since 1996, and on the board of the International Speech Communication Association (ISCA) from 1999-2007 (as President 2005-2007); she has served on the CRA Executive Board (2013-14), the Association for the Advancement of Artificial Intelligence (AAAI) Council (2012-15), the Executive Board of the North American ACL (2012-15), the IEEE Speech and Language Processing Technical Committee (2011–), and the board of the CRA-W (2009–). She has been an AAAI fellow since 1994, an ISCA Fellow since 2008, and a (founding) ACL Fellow since 2011, was elected to the American Philosophical Society in 2014, and was selected ACM Fellow in 2016. She is a winner of the IEEE James L. Flanagan Speech and Audio Processing Award (2011) and the ISCA Medal for Scientific Achievement (2011).