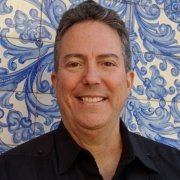 Ramón Cáceres is a software engineer at Google, where he works on privacy infrastructure serving more than a billion people. He was previously a computer science researcher at Bell Labs, AT&T Labs, and IBM Research. He has also held leadership positions in several startup companies. His areas of interest include computer systems and networks, mobile computing, human mobility, security, and privacy. He holds a PhD and MS in Computer Science from the University of California at Berkeley, and a BEng in Electrical Engineering from McGill University. He is an IEEE Fellow and an ACM Distinguished Scientist.