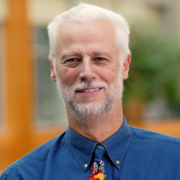 Richard E. Ladner is a Professor Emeritus in the Paul G. Allen School of Computer Science and Engineering at the University of Washington where he joined the faculty in 1971. His current research is in the area of accessible computing which is an important subarea of human-computer interaction (HCI). He has supervised or co-supervised 30 PhD students and mentored over 100 undergraduates on research projects during his career. He is the PI for the NSF-funded AccessComputing that has the goal of increasing participation of students with disabilities in computing fields. He is also a PI for the NSF-funded AccessCSforAll that is helping prepare K-12 teachers to be more inclusive in their computing courses with students with disabilities. He is a recipient of the 2004 Presidential Award for Excellence in Science, Mathematics and Engineering Mentoring (PAESMEM) and the 2008 A. Nico Habermann Award. He is the recipient of the 2014 SIGCHI Social Impact Award. He is the 2019 recipient of the NCWIT Harrold and Notkin Research and Graduate Mentoring Award. He is an ACM Fellow, IEEE Fellow, and AAAS Fellow. He is a member of the Board of the Center for Minorities and People with Disabilities in Information Technology (CMD-IT).  He is the University Representative on the Board of the Computer Science Teachers Association (CSTA).
Scroll to top