The following includes two posts by Brian Mosley from the CRA Policy Blog.

When we last talked about the FY16 budget, it was early October and it was looking like the next Speaker of the House would be Kevin McCarthy (R-CA). As we now know, in early December, the Speakership is very different but we still don’t have a passed-into-law budget. Congress has until this Friday, December 11th, to either pass a budget into law or to pass a stopgap continuing resolution (CR). Or let the government shutdown.

At this point, it’s safe to say that Congress will miss its deadline and will have to pass a short term CR (probably for a week) in order to continue to hammer out a compromise bill. The sticking point is almost completely policy provisions, called riders. Democrats are adamant that any riders on abortion, Syrian refugees, and campaign finance reform, to name but three issues, will be poison pills; Republicans, particularly the very conservative members of the caucus, are saying no bill will move without such riders. A government shutdown is unlikely, though not beyond the realm of possibility.

CRA is continuing to monitor the situation as it unfolds. Once we have some resolution, we’ll be posting the parts that impact our community right here, so keep checking back.

Could it be? ESEA Nears Final Passage!

As our readers will have noticed of late, Congress has a well-earned reputation for doing little-to-nothing, legislatively speaking. So when the newly installed Republican House and Senate majorities promised in January to move on the reauthorization of the Elementary and Secondary Education Act (ESEA), a bill that had not been reauthorized since No Child Left Behind was passed into law in 2001, and had expired eight years ago, most people (myself included) thought it would go nowhere. Over the last year Congress has proved the naysayers wrong.

Both the House and Senate education committees worked throughout the year to pull together bills that would move the issue. During the spring and summer each chamber was able to pass their own bills and, starting in September, negotiations between the Republican and Democratic staffs in both chambers worked out a compromise bill that would pass through conferenced and that would be acceptable to all sides. Most observers assumed this was the stage where the bill would die, especially with Speaker John Boehner (R-OH), a big supporter of education and a huge cheerleader for reauthorizing ESEA, retiring; the three month wait over the early fall only validated the idea that the bill would have to be taken up in the 2016 session of Congress.

But the week before Thanksgiving, both committee chairmen and ranking members announced they had worked out a compromise bill and it would go to conference. In fact, the legislation sailed through the conference stage without a problem. On December 2nd the House of Representatives overwhelmingly passed the “Every Student Succeeds Act” (as this version of ESEA is being called; it is being moved under the Senate bill number S. 1177) 359 to 64. The Senate is expected to vote on the bill next week and the White House says it strongly supports it. The expectation is that the bill will be signed into law by the end of the year.

Depending on how you feel about the Federal role in K-12 education, the broad policy points of the bill could be good or bad. However, for CS, it’s quite good and significantly elevates the field’s visibility within the STEM disciplines. For starters, CS is now specifically included in the Federal definition of core subjects (called “well rounded education subjects” rather than “core subjects”). While this may appear to be a wonky or bureaucratic gesture, it’s actually quite important. Many states follow the Federal government’s lead in what are core subjects to offer and computer science is now added to the list. Additionally, the bill specifically includes CS teachers as being eligible for Title II professional development funds. These are big wins for the community.

In fact, the CS and larger STEM communities were not silent during the lead up to the conference bill. CRA specifically signed on to three letters that supported different provisions in the House and Senate bills. The first letter, organized by Code.org and signed mainly by CS related organizations, pushed for more specific CS provisions in the two bills. The second letter, organized by an informal group of STEM organizations, led by Boston Museum of Science, covers a more broad range of STEM fields. The final letter, organized by the STEM Education Coalition, of which CRA is a member, also covers more broad range of STEM fields. All these actions had an impact on the final form of the bill. 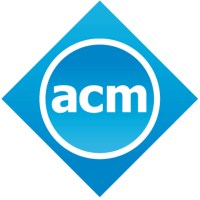 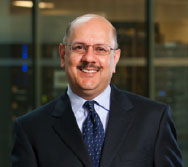