Microsoft Research hosted its annual TechFair this Wednesday afternoon to show off some of the organization’s newest innovations to the DC policy crowd and the press. Held at the Newseum in Washington D.C., the event gave visitors an opportunity to chat with researchers about projets that addressed challenges in energy sustainability and efficiency, privacy, as well as personal and research productivity. 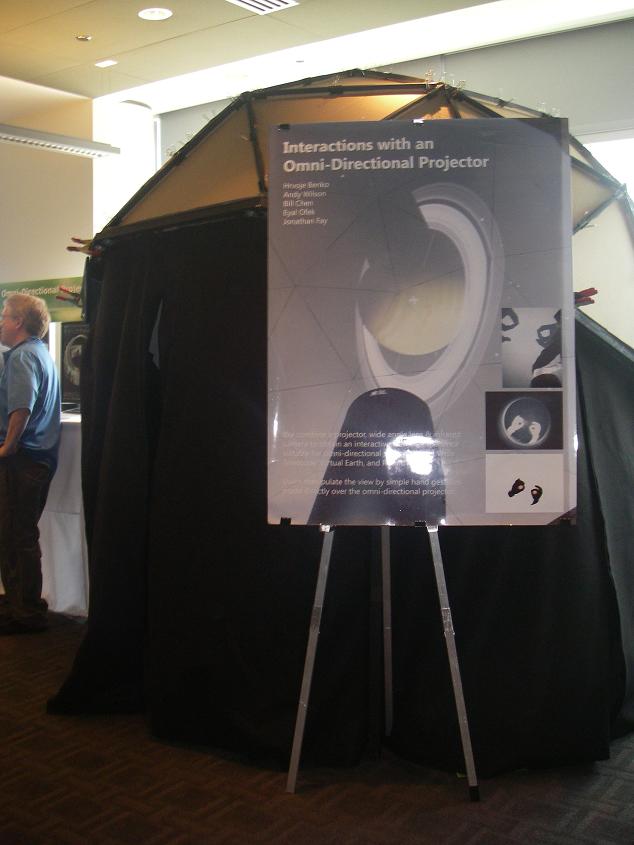 Microsoft Research provided 13 demonstrations that included an interactive omni-directional projector (see right), a system for social grouping of a user’s communication, an in-car dialogue system that allows natural language input, and a large scale spamming botnet detector called BotGraph.
This new system can uncover correlations among botnet activities by constructing a large scale user graph of major Web-email services and looks for patterns of use among “spam” accounts.
Social graphing appeared a number of times during the roadshow. One project used a social network graph in order to create a “trust” recommendation system by weighting the recommendations of direct relationships over indirect relationships. 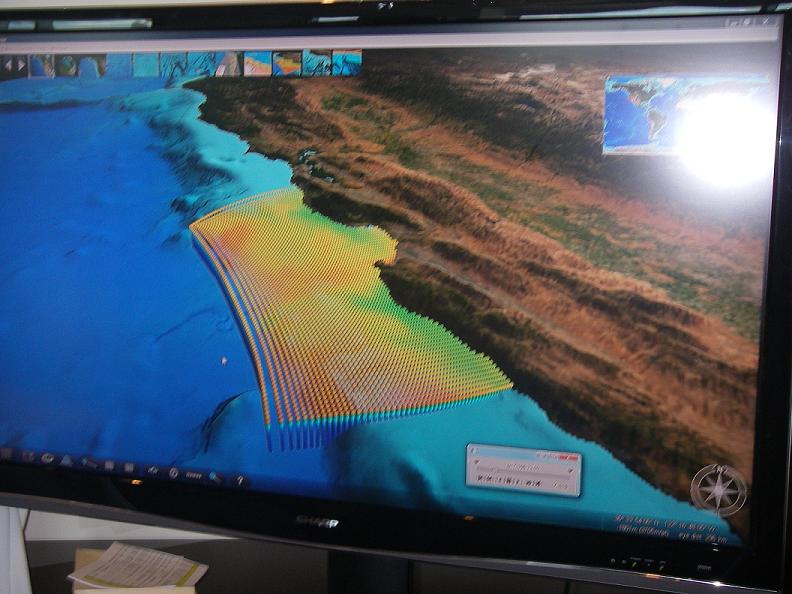 Two projects concerned themselves with the scientific research community, attempting to manage research workflows and make processing large amounts of data simpler and easier for scientists. Dryad, a distributed computing engine, simplifies the task of distributed applications on clusters of Windows computers. Trident makes it easy for scientists to design and manipulate workflows without having to rewrite the original algorithm (see below). Both systems will be offered as open-source software the research communiuty.
Another project, the Commute UX dialog system (see below), hopes to make a drivers interaction with the many devices they use in the car safer and easier to use. The system is able to activate song playlists, make phone calls, and read and send text messages through natural speech. 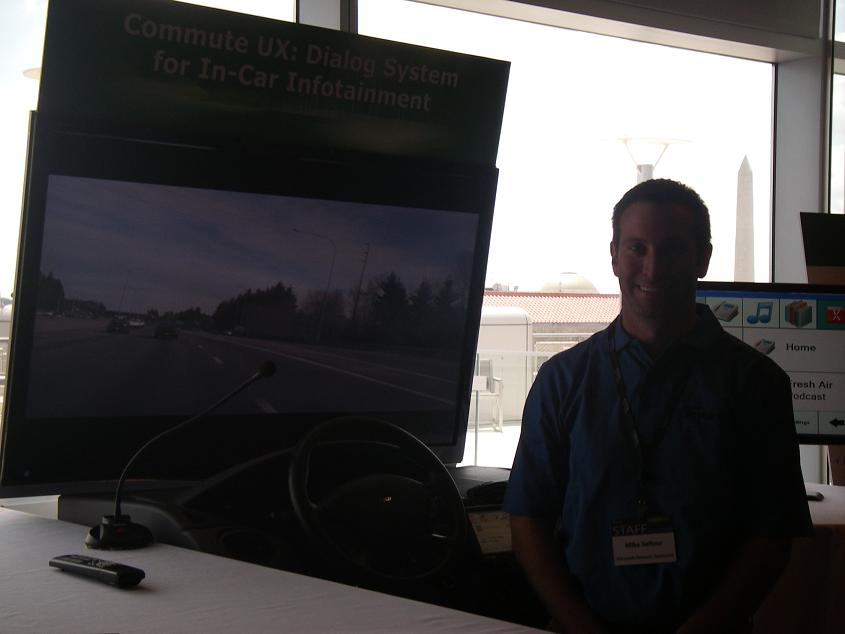 Also on display was PINQ, the organization’s attempt at making privacy preservation easy for privacy non-experts. Data analysis of private data is still possible since PINQ gives access to the metadata generated from a computation while hiding the content itself.
Microsoft holds their TechFair in hopes that their demonstrations will highlight their committment to innovative research as well as to their ongoing collaboration with top universities around the world.