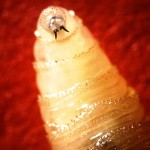 The Washington Post has a great write-up of an event on April 25th put on by an alliance of academic and scientific societies and a bi-partisan group of Congressmen that sought to highlight the incredible payoff of research that “may once have been viewed as unusual, odd, or obscure.” The event, called the Golden Goose Awards, is a spin on the long-running “Golden Fleece Awards” started by Sen. William Proxmire (D-WI) back in the mid-1970s, which Proxmire used to highlight what he thought was particularly egregious examples of wasteful federal spending. (Last year, Sen. Tom Coburn (R-OK), launched a similarly themed attack on the National Science Foundation, mocking the agency for funding research into towel-folding robots and shrimp on treadmills, among other examples.) Instead, these Members took to the podium to cite examples of odd sounding research that produced enormous payoff. From the article:

Federally-funded research of dog urine ultimately gave scientists and understanding of the effect of hormones on the human kidney, which in turn has been helpful for diabetes patients. A study called “Acoustic Trauma in the Guinea Pig” resulted in treatment of early hearing loss in infants. And that randy screwworm study? It helped researchers control the population of a deadly parasite that targets cattle–costing the government $250,000 but ultimately saving the cattle industry more than $20 billion, according to [Rep. Jim] Cooper’s [(D-TN)] office.

Cooper himself can’t be accused of being a free-spending liberal:As a member of the Blue Dog Caucus that sponsored the Simpson-Bowles plan on the House floor, his own deficit reduction proposals have garnered praise from prominent fiscal conservatives. The two House Republicans who helped him unveil the Golden Goose Awards–named after Aesop’s fable of “the goose that laid the golden egg”– also voted for Sen. Paul Ryan’s (R-Wis.) most recent budget. But the congressmen stress that federal money spent on basic scientific research is well worth the upfront investment.

“When we invest in science, we also invest in jobs. Research and development is a key part to any healthy economy,” said Rep. Robert Dold (R-Ill.) at Wednesday’s press conference. “It’s critical, and the federal government has an important role to play,” said Rep. Charlie Dent (R-Penn.), who described how injecting horses with snake venom might “seem peculiar” but led to the discovery of the first anti-venom.

The group also wants their colleagues–and the broader public–to understand that investing in science means that the research failures are part of the process, as well. “There has never been a scientific project with guaranteed success…a single breakthrough can counter a thousand failures,” says Cooper.

A good counter to Proxmire and Coburn, and just what Congress needs to hear as they figure out how to prioritize the cuts required to tame the federal deficit. Read the whole article.