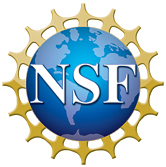 By the National Science Foundation

The report shows the degree to which women, people with disabilities and minorities from three racial and ethnic groups — black, Hispanic and American Indian or Alaska Native — are underrepresented in science and engineering (S&E). Women have reached parity with men in educational attainment but not in S&E employment. Underrepresented minorities account for disproportionately smaller percentages in both S&E education and employment

Congress mandated the biennial report in the Science and Engineering Equal Opportunities Act as part of the National Science Foundation’s (NSF) mission to encourage and strengthen the participation of underrepresented groups in S&E.

“An important part of fulfilling our mission to further the progress of science is producing current, accurate information about the U.S. STEM workforce,” said NSF Director France Córdova. “This report is a valuable resource to the science and engineering policy community.”

“WMPD is more than just a single report or presentation,” said NCSES Director John Gawalt. “It is a vast and unique information resource, carefully curated and maintained, that allows anyone (from the general public to highly trained researchers) ready access to data that facilitate and support their own exploration and analyses.”

Key findings from the new digest include:

The National Science Foundation (NSF) is an independent federal agency that supports fundamental research and education across all fields of science and engineering. In fiscal year (FY) 2016, its budget is $7.5 billion. NSF funds reach all 50 states through grants to nearly 2,000 colleges, universities and other institutions. Each year, NSF receives more than 48,000 competitive proposals for funding and makes about 12,000 new funding awards. NSF also awards about $626 million in professional and service contracts yearly.