The following was originally posted by Brian Mosley in the CRA Policy Blog.

As regular readers will recall, in July, Congress passed, and President Biden quickly signed into law, the CHIPS and Science Act. In that law, Congress authorized NSF’s budget to double in five years; within that increase, the Research & Related Activities (RRA) account and the Directorate for STEM Education (EDU) would double and triple, respectively. The law also codified the new Directorate for Technology, Innovation, and Partnership (TIP) as a part of RRA and authorized it to be a $4.1 billion account within RRA. These actions were meant to expand NSF’s mission and position the agency as the nation’s lead science agency for innovation and to maintain the country’s competitiveness in new research fields and technology.

The issue is this law only authorized these budgets numbers; they did not appropriate the funds. Put another way, the CHIPS and Science Act set Federal policy that NSF should be funded at these levels. But Congress would still need to appropriate the funds in the annual Federal budget process. Hence Reed and Gil’s opinion piece, insisting that Congress must follow through on these funding goals in order to reap the full benefits of the law.

In their piece, Reed and Gil make the case that this is not just about research funding, but also about training a STEM workforce for the future. “NSF is America’s STEM talent agency; it is poised to develop the STEM workforce at all educational levels to help meet expected shortfalls in talent, including 600,000 cybersecurity jobs, 1.1 million jobs in the bioeconomy, and 3 million additional AI workers.” They also point out several recent examples of how underfunding NSF has led to leaving quality research on the table, and how doing that negatively impacts parts of the country.

Ultimately, this is about the economic and national security health of the country. As Reed and Gil say, “an underfunded NSF holds the nation back. When the U.S. underinvests in discoveries, talent, and translation, we erode America’s ability to invent the future and risk both our economic competitiveness and national security.” 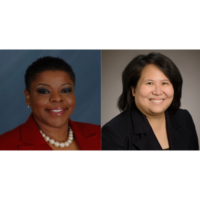