Congratulations to the recipients of the 2020 Outstanding Undergraduate Researcher Award. This year’s nominees are a very impressive group. A number of them were commended for making significant contributions to more than one research project, several are authors or coauthors on multiple papers, others have made presentations at major conferences, and some have produced software artifacts that were in widespread use.

Harvard University
Meena Jagadeesan is a senior computer science major at Harvard University. Her broad research interests span theoretical computer science, machine learning, the intersection of computer science and economics, and discrete mathematics. Her solo-authored paper at NeurIPS 2019 (invited for oral presentation) addresses a fundamental problem in dimensionality reduction. Another solo-authored paper at RANDOM 2019 addresses a problem motivated by information compression in the brain. Yet another project explored a market design tool called preference signaling. This work resulted in a co-authored paper in WINE 2018 with co-Awardee Alex Wei. In addition, Meena has worked on several problems in number theory and algebra that resulted in two additional publications. She has served as a teaching fellow for the undergraduate systems course at Harvard and a referee for the Journal of Artificial Intelligence Research (JAIR).

Johns Hopkins University
Xiang (Lisa) Li is a senior at Johns Hopkins University where she is double majoring in computer science as well as applied mathematics and statistics. Lisa’s research is at the intersection of machine learning and natural language processing. Lisa took a leading role, and was first author, on two major projects that involved both mathematical and experimental work.  Her research on probabilistic modeling of punctuation in written languages appeared in the TACL journal in 2019.  Her research on learning task-specific representations of words in context appeared at EMNLP-IJCNLP 2019, where it won the Best Paper Award. Lisa has served as a teaching assistant for a total of six offerings of the introduction to probability and natural language processing courses at Hopkins.

University of Washington
Kimberly Ruth is a senior at the University of Washington where she is completing majors in computer engineering and mathematics. Kimberly has been working in the area of computer security for augmented reality (AR) platforms since her first year in college. In one project, she contributed to the development of an AR operating system that can protect against malicious applications. In a second project, Kimberly performed a comprehensive user study on AR security. These projects led to two papers at the IEEE Symposium on Security and Privacy in 2017 and 2018. Kimberly led a third study on security issues related to multi-user AR applications which resulted in a first-authored paper at USENIX 2019. Kimberly has engaged in numerous peer mentoring and outreach activities at the University of Washington and in her community.

Harvard University
Alex Wei is a senior at Harvard University majoring in computer science and mathematics. His work on the approximate near neighbor problem resulted in the discovery of a new Las Vegas data structure. This work led to a solo-authored paper at SODA 2019 which received the best student paper award. Alex has also worked in the area of mechanism design, resulting in a co-authored paper on auditing mechanisms for utility maximization at EC 2019. Another research project on preference signaling, co-authored with co-Awardee Meena Jagadeesan, resulted in a paper at WINE 2018. Alex has also served as a teaching fellow for the data structures and algorithms course at Harvard where he was recognized for his teaching by the Derek Bok Center.

University of North Carolina at Chapel Hill
Sweta Karlekar is a senior at the University of North Carolina at Chapel Hill where she is majoring in computer science with a minor in entrepreneurship. She works in the areas of natural language processing and machine learning. She has published three papers in NAACL 2018, WiNLP 2018, and EMNLP 2018. In her first project, she worked on automatically detecting signs of Alzheimer’s Disease through language and identifying these linguistic characteristics by visualizing various neural models. In a second project, she used visualization techniques to understand linguistic characteristics and recurring salient themes to bring a data-driven approach to treating victims of domestic abuse.

Haverford College
Charles Marx is a senior at Haverford College where he is completing a double major in computer science and mathematics with a minor in statistics. His research interests are in the area of machine learning. His work resulted in a first-authored publication in NeurIPS 2019, one in a NeurIPS workshop in 2019, and two journal articles. In one project, he applied disentangled representations to determine the impact of a feature on the model using the notion of indirect influence. In another project, he showed that real-world datasets exhibit a surprising degree of predictive multiplicity, an effect where there exist competing models with conflicting predictions for a given dataset. His research suggests that predictive multiplicity should be measured and reported together with testing error.

University of Alberta
Laura Petrich is a senior in computer science at the University of Alberta. She works in the area of human assistance robotics and her research resulted in three papers at IEEE ICRA. In her first project, Laura worked on Visual Servoing, a vision-guided motion control system for a robotic arm where a human user defines tasks by visually pointing to objects instead of programming motion coordinates. In a second project, she created and conducted a robotics experiment where both a human and a robot grasp and manipulate everyday kitchen objects. Laura also serves as a volunteer helping first year CS students at her university as well as teaching K-12 students. She is a single mother of two elementary school children.

University of California, San Diego
Weiyang (Frank) Wang is a senior at the University of California, San Diego where he is majoring in computer science and physics. Frank works in the area of computer networks with a focus on architectures for modern data centers. One new design for data centers relies on an optical circuit switch that restricts the ports that can be connected at a given time. Frank studies how protocols like TCP behave in such networks and has developed mathematical models and closed-form solutions for their dynamics. He is a co-author on an NSDI 2020 publication and made significant contributions to other projects.

Cornell University
Tianyi Zhang is a senior in computer science at Cornell University. He works at the intersection of machine learning and natural language processing. His work to date has resulted in three publications, two in ICML 2019 and one in a NeurIPS2019 Workshop. In his first project, focused on Graph Convolutional Neural Networks (GCN), Tianyi demonstrated that there are simple linear alternatives to GCNs through theoretical analysis and experimental evaluation. In another project, he explored the limits of low-precision arithmetic for machine learning training. Tianyi is a co-author of QPyTorch, a framework for simulating low-precision deep learning training which has been released as open source software. 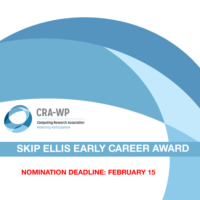 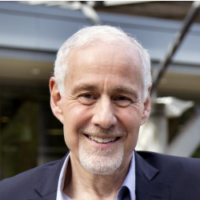