Congratulations to the recipients of the 2022 Outstanding Undergraduate Researcher Award. This year’s nominees are a very impressive group. A number of them were commended for making significant contributions to more than one research project, several are authors or coauthors on multiple papers, others have created papers for major conferences, as well as producing software, apps and algorithms.

Harvey Mudd College
Amani Maina-Kilaas is a junior at Harvey Mudd College, where he is pursuing a joint Computer Science and Math degree.  His research area is in AI, investigating how intention perception can benefit artificial agents in adversarial situations.  This work involves physics simulations for virtual agents and 3D visualizations between predators and prey.  Using these techniques, his work explores intention in multi-agent prey-predator interactions and adversarial two-player games, as well as the perception of intention from artifacts that an agent has left behind.  He has co-authored a total of three papers, in ICAART, CEC, and COG, for all of which he was the lead or co-lead author. Additionally, he contributes to the community via peer tutoring for introductory computer science courses.

University of Southern California
Leena Mathur is a senior at the University of Southern California, where she is pursuing a triple major in Computer Science, Cognitive Science, and Linguistics. Her multidisciplinary AI research is at the intersection of these fields. She leads a research project on multimodal ML approaches for detecting social behaviors. This research has applications for recognizing deception in people masking stress and anxiety in social interactions. She has also worked in a wide variety of other areas, including robot perception of empathy, socially assistive robot tutors for children with autism spectrum disorders, and unsupervised ML and speech processing algorithms for preserving Ladin, an endangered Italian language. She has co-authored a total of seven papers, including six of which she was the lead author, or co-lead author, one of which was nominated for a best paper award at ICMI.  Her other work has appeared at AAAI, ICASSP, MLSLP, ACII, and FG.  Additionally, she contributes to her community by designing and leading AI workshops for USC undergraduates and for Los Angeles high school students. She also leads the USC Interaction Lab’s DEI committee and has served as the President of USC’s student branch of the Center for Artificial Intelligence in Society.

Harvard University
Edward (Ted) Pyne is a senior at Harvard University, where he is pursuing degrees in Mathematics and Computer Science.  His research interest is in theoretical computer science, where he works to understand the power of randomness in computation.  He focuses on the derandomization of space-bounded computation, which addresses the fundamental question of whether randomized algorithms are more powerful than deterministic algorithms.  His work includes showing the first known example of a weighted pseudorandom generator (WPRG) that is better than every pseudorandom generator (PRG). He is a co-author on six papers, including papers at ITCS, COCOON, CCC, and SOSA. He has also served as a teaching assistant, where he has received awards for high student evaluations, and is an officer for the Harvard MIT Mathematics Tournament.

University of Chicago
Sophie Veys is a senior at the University of Chicago, where she is pursuing a degree in Computer Science.  Her research interests lie at the intersection of privacy and HCI.  Her research centers on data access rights.  Her work includes the study of the usability of data downloads, which she studied both by surveying the landscape of existing practices, as well as exploring usability flaws which hinder transparency via co-design sessions.   She is a co-author on four papers at both HCI and Systems venues, including SOUPS, ConPro, USENIX, and CHI and received an honorable mention for her paper at CHI.  She also supports her community, where she has served as a tutor in the Maroon Tutor Match program, as well as serving in a leadership role for that organization.

Duke University
Xinyu Tan is a senior at Duke University majoring in Mathematics and in Computer Science.  Her research is in the areas of quantum computing and flash memory systems.  In one project on quantum benchmarking, she designed an improvement to the protocol used to estimate the average gate fidelity in a quantum computer that is used to characterize the degree of error in the environment.  In an unrelated project on flash memory, Xinyu created a method for deriving the power spectral density of constrained codes in flash memory systems, where better estimates of power spectral density can be used to improve the reliability of flash memory systems.  This work was published in the IEEE Transactions on Communications and was selected as a finalist for the Non-Volatile Memories Workshop’s Memorable Paper award.  In addition to serving as a teaching assistant for four courses, including a graduate level course in mathematics, Xinyu also co-founded the Duke Undergraduate Quantum Information Society, which organizes talks by external speakers, and has organized and taught a house course on quantum computing.

University of Waterloo
Nicholas Vadivelu is a senior at the University of Waterloo majoring in both Computer Science and Statistics.  His research has been in the area of differentially private machine learning and in multi-agent systems such as self-driving cars.  He is the co-first author on a paper at NeurIPS which presents a solution for significantly speeding up the algorithm for performing differentially private stochastic gradient descent.  His solution has been added to several commonly used libraries for machine learning including TensorFlow Privacy and the Optax library for JAX.  In a different project pursued during an internship at Uber ATG, Nicholas helped develop a neural reasoning framework for estimating and communicating errors in multi-agent self-driving perception and motion forecasting systems and is first author on the resulting paper published at CoRL.  At the University of Waterloo, Nicholas is the leader of the Data Science Club and mentors junior students through the Tech+ Mentorship organization.

Williams College
Catherine Yeh is a senior at Williams College majoring in Computer Science and earning a concentration in Cognitive Science.  Her work is in an area of Human-AI called explainable AI, where the goal is to help everyday users of AI based systems understand the limitations and flaws of the decisions or recommendations made by those systems and allow users to modify their use of those systems accordingly.  In one project, Catherine created interactive explainables for understanding Bayesian Knowledge Tracing, which is an algorithm used in learning analytic systems for predicting skill mastery.  For her senior thesis, she is designing a visualization-based explainable that evaluates how non-expert users’ understanding of the Bayesian Knowledge Tracing algorithm affects users’ trust in the system and decision-making process.  Her work has been presented at the Grace Hopper Celebration of Women in Computing and at the VISxAI conference.  In another project while at Microsoft Research, Catherine developed a machine learning algorithm to automatically categorize open-ended qualitative survey responses in a longitudinal work-from-home diary study; results from that project will appear in an ACM Queue article.  Catherine has served as a teaching assistant for four different Computer Science courses, is a board member for the Underrepresented Identities in Computer Science group and the Computer Science Student Advisory Committee, and is an active member of the Women in Computer Science group.

University of Texas at Austin
Tianwei Yin is a senior at the University of Texas at Austin where he is completing majors in Computer Science and Mathematics.  He has participated in research related to using machine learning with respect to visual information, especially for 3D vehicle detection and tracking.  In one project published at CVPR, he developed a novel 3D detection pipeline that is faster than other state-of-the-art models.  In follow-up work, Tianwei created a new approach for detecting small objects when there is a limited number of 3D measurements available for those small objects, enabling autonomous vehicles to see a larger number of small objects at larger distances; this work received the most innovative detection submission award at ICRA and will be presented as a paper at NeurIPS.  His work has had a strong impact; in particular, his detector work has been adopted by two self-driving companies into their self-driving systems. Just recently, Tianwei has won the Best Paper Award at Machine Learning for Health Conference 2021. Tianwei has also served as a teaching assistant for a course on neural networks and does community outreach explaining 3D computer vision and autonomous driving. 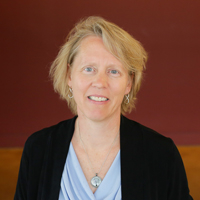