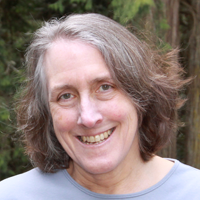 The Computing Research Association today announced Carla Ellis as the recipient of the 2020 CRA A. Nico Habermann Award. For more than 30 years, Ellis has worked tirelessly to address diversity at all stages of the computing education pipeline. She has contributed significantly to initiatives and organizations dedicated to increasing participation of women and under-represented groups in computing research, including Systers, the CRA Committee on Widening Participation (CRA-WP), and the National Center for Women and Information Technology (NCWIT).

In 1987, Carla was one of the founders of Systers, the online community that provides a safe space for women to discuss issues they have at work and to share ideas and resources.

In 1999, Ellis joined the CRA Committee on Women in Computing Research (now CRA-WP) and was the co-chair from 2002-2005 along with Mary Jean Harrold. During that period, the number of activities supported by CRA-W grew at a rapid pace, and during her tenure as co-chair, CRA-W received the Presidential Award for Excellence in Science, Mathematics, and Engineering Mentoring in 2004 and the National Science Board’s Public Service Award in 2005. Ellis also helped initiate CRA-W’s Discipline Specific Workshops, which brought mentoring workshops to major technical conferences. In addition, her skills as a fundraiser have been crucial in ensuring that these programs ran successfully.

After serving three very successful years as CRA-W co-chair, Ellis served a 4-year term as co-chair of the NCWIT Academic Alliance. There she helped to build the foundations of that organization including assisting with the drafting of organization bylaws. She has also been active over the years at the Grace Hopper Celebration of Women in Computing, where she has been a program co-chair for many activities.

This award honors the late A. Nico Habermann, who headed NSF’s Computer and Information Science and Engineering Directorate and was deeply committed to increasing the participation of women and underrepresented minorities in computing research. With this award, CRA recognizes individuals who have made outstanding contributions aimed at increasing the numbers and/or successes of underrepresented members in the computing research community. This award acknowledges work in areas of government affairs, educational programs, professional societies, public awareness, and leadership that has a major impact on advancing these members in the computing research community. 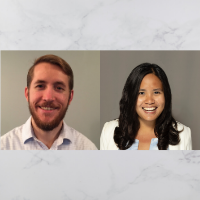