This post was originally published in the CCC Blog.

Chandra Krintz is a Professor of Computer Science at the University of California, Santa Barbara (UCSB). She joined the UCSB faculty in 2001 after receiving her M.S. and Ph.D. degrees in Computer Science from the UC San Diego. Chandra’s research focuses on programming and distributed systems, including techniques that improve performance, reduce energy consumption, and automate development and deployment of software. Recently, her work has focused on the intersection of IoT, edge and cloud computing, and data analytics with applications in farming, ranching, and conservation science (cf SmartFarm and WTB). Chandra has mentored over 70 undergraduate and graduate students, has published numerous research articles, participates in efforts to broaden participation in computing, and is the progenitor of the AppScale project. Chandra’s efforts have been recognized with a NSF CAREER award, the CRA-W Anita Borg Early Career Award (BECA), and with a UCSB Sustainability Champion and Academic Senate Distinguished Teaching Award.

Ufuk Topcu is an Associate Professor in the Department of Aerospace Engineering and Engineering Mechanics at The University of Texas at Austin. He is a core faculty member at the Oden Institute for Computational Engineering and Sciences. Ufuk obtained his Doctor of Philosophy degree from the University of California, Berkeley in 2008. Prior to joining The University of Texas at Austin, he was with the Department of Electrical and Systems Engineering at the University of Pennsylvania. He was a postdoctoral scholar at California Institute of Technology until 2012. Ufuk’s research focuses on the theoretical and algorithmic aspects of design and verification of autonomous systems, typically in the intersection of formal methods, reinforcement learning and control theory. He takes a relatively broad view on autonomy and tend to tackle abstract problems motivated by challenges cutting across multiple applications of autonomy. His research contributions have been recognized by the NSF CAREER Award, the Air Force Young Investigator Award, the IEEE CSS Antonio Ruberti Young Researcher Prize, and Oden Institute Distinguished Researcher Award.

The CCC and CRA thank those council members whose terms end on June 30 for their exceptional dedication and service to the CCC and to the broader computing research community. Please stay tuned to a post highlighting their contributions to the community. 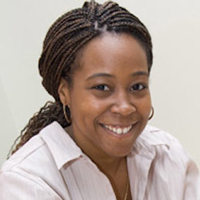 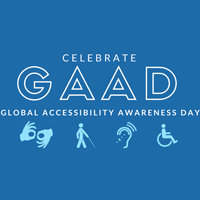