During the Virtual Undergraduate Town Hall, you will join students from around the world in a virtual mentoring event where you learn about cutting-edge research in the field of computing. You will have the opportunity to ask questions to distinguished computer scientists.

Data centers that service interactive user requests require careful engineering to optimize the tail (99th percentile or higher) response times or users abandon the service. Optimizing these systems is challenging because tail latency is hard to measure and root causes of latency span networking, software, and hardware. We describe a new tool and methodology to measure performance at 1000 cycle granularities with 1% overheads, yielding orders-of-magnitude more detail than interrupt based sampling approaches. Our tool teases apart root causes of tail latency inspiring optimizations. For queuing delay, we describe scaling approaches and for requests with lots of work, we introduce a novel dynamic adaptive parallelization approach that reduces tail latency and surprisingly improves throughput. Optimizing the tail while substantially improving server efficiency is good for users, profitability, and the environment.

Mentor Presentation: Research Relationships
Research, like life, is a human process.  Intentionally developing your network and managing relationships with colleagues, faculty, and peers will make your work more fun and meaningful. 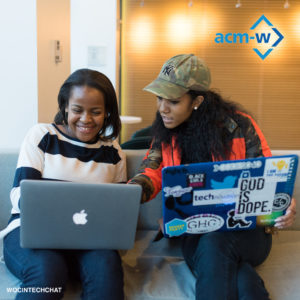 Kathryn S. McKinley is a Senior Research Scientist at Google and previously was a Researcher at Microsoft and an Endowed Professorship at The University of Texas at Austin. Her research spans programming languages, compilers, runtime systems,   architecture, performance, and energy. She and her collaborators have produced several widely used tools: the DaCapo Java Benchmarks (30,000+ downloads), the TRIPS Compiler, Hoard memory manager, MMTk memory management toolkit, and the Immix garbage collector. Her awards include the ACM SIGPLAN Programming Languages Software Award; ACM SIGPLAN Distinguished Service Award; and best & test of time paper awards from ASPLOS, OOPSLA, ICS, SIGMETRICS, IEEE Micro Top Picks, SIGPLAN Research Highlights, and CACM Research Highlights. She served as program chair for ASPLOS, PACT, PLDI, ISMM, and CGO. She is currently a CRA and CRA-W Board member. Dr. McKinley was honored to testify to the House Science Committee (Feb. 14, 2013). She is an IEEE   and ACM Fellow. She has graduated 22 PhD students.

Host: Lori Pollock, Professor at the University of Delaware

Lori Pollock is a Professor in Computer and Information Sciences at the University of Delaware. She earned her Ph.D. and M.S. in CS at the University of Pittsburgh in 1986 and 1983, respectively, and her B.S. in CS and Economics at Allegheny College in 1981. Her research focuses on program analysis for building better software maintenance tools, software testing, energy-efficient software, and computer science education. She is an ACM Distinguished Scientist and was awarded the ACM SIGSOFT 2016 Influential Educator Award, University of Delaware’s Excellence in Teaching Award and the University of Delaware’s E. A. Trabant Award for Women’s Equity. She has actively worked on improving the participation of women and other underrepresented groups in computer science for many years. She serves on the Executive Board of the Computing Research Association’s Committee on Education and Committee on the Status of Women in Computing (CRA-W). She is also leading Partner4CS, a project towards meeting the CS10K goals in the Delaware region.

All are welcome to participate. Register here.