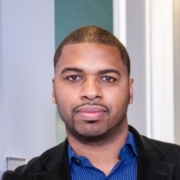 Hakim Weatherspoon is an Associate Professor in the Department of Computer Science at Cornell University. His research interests cover various aspects of fault-tolerance, reliability, security, and performance of internet-scale data systems such as cloud and distributed systems.  Weatherspoon received his Bachelors from the University of Washington and Ph.D. from the University of California, Berkeley. Weatherspoon has received awards for his many contributions, including the University of Washington, Allen School of Computer Science and Engineering, Alumni Achievement Award;  Alfred P. Sloan Research Fellowship; National Science Foundation CAREER Award; and a Kavli Fellowship from the National Academy of Sciences. He serves as Vice President of the USENIX Board of Directors and is the Founder, Steering Committee, and General Chair for the ACM Symposium on Cloud Computing. Hakim has also been recognized for his work to promote diversity, earning Cornell’s Zellman Warhaft Commitment to Diversity Award.  Since 2011, he has organized the annual SoNIC Summer Research Workshop to help prepare students from underrepresented groups to pursue their Ph.D. in computer science.