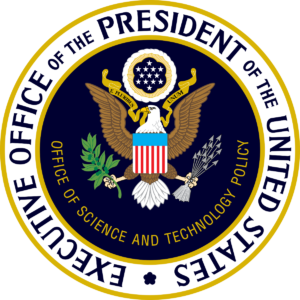 President-elect Joe Biden announced today he intends to nominate Dr. Eric Lander, biologist and former leader of the Human Genome Project, to lead the White House Office of Science and Technology Policy and serve as the Presidential Science Advisor. Biden also announced that he was designating the Presidential Science Advisor a cabinet level position for the first time in history, illustrating the importance the new administration will place on the guidance of science in policymaking. Also named today as Deputy Director of OSTP is Dr. Alondra Nelson, who is the president of the Social Science Research Council and a distinguished scholar of science, technology, social inequality and race.

Biden also named two external C0-Chairs of the President’s Council of Advisors on Science and Technology (PCAST). Dr. Frances H. Arnold and Dr. Maria Zuber will chair the committee tasked with reviewing elements of the nation’s science enterprise and providing guidance on problems facing the nation. Dr. Arnold is an expert in protein engineering and the first woman to win the Nobel Prize in Chemistry. Dr. Zuber is an expert in geophysics and planetary science, an astronaut who was the first woman to lead a NASA spacecraft mission, and a former chair of the National Science Board.

Biden’s team will also include Kei Koizumi, who will serve OSTP’s Chief of Staff, and Narda Jones, who will be OSTP’s Legislative Affairs Director. Koizumi was a member of President Obama’s OSTP staff, as well as an expert on science budgets for AAAS. He’s also well known to CRA for his frequent appearances at our Leadership in Science Policy Institutes leading discussions on the Federal Budget process. Jones was the Senior Tech Policy advisor and Counsel for the Senate Commerce, Science and Transportation Committee.

Biden’s announcement, five days before his January 20th inauguration, is in marked contrast to the timing President Trump’s naming of Kelvin Droegemeier to head OSTP, which came nearly two years into Trump’s term. Also the naming of Lander as Presidential Science Advisor in addition to Director of OSTP, and the elevation of that position to the President’s Cabinet, places Lander in a potentially much more influential policy role within the administration.

Lander and Nelson both require confirmation by the Senate before they can take their new positions. It’s unclear how quick the Senate will take up that process. But we’ll have all the details for you here.

The President-elect’s announcement is here.

The Computing Research Association commends President-elect Biden for his announcement today that the Presidential Science Advisor will be a member of the Cabinet for the first time in history.  We applaud his commitment that “science will always be at the forefront” of his administration, and we look forward to working with the highly talented and qualified team of advisors he named today.  We are confident they will contribute a strong scientific voice to the myriad challenges facing our country.