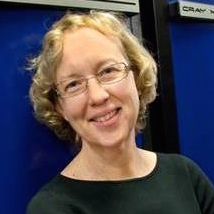 The Computing Research Association (CRA) today announced it has selected Katherine Yelick, the Robert S. Pepper Distinguished Professor of Electrical Engineering and Computer Science at the University of California, Berkeley, as the recipient of the 2022 CRA Distinguished Service Award for her outstanding and sustained service contributions to the computing research community.

Yelick has earned the reputation of the “go-to” person for advice to the government and the agencies within it, and to institutions of higher education on all aspects of advanced computing. She is respected for her sound judgment, her broad knowledge of computing research, and her willingness to work hard and get things done.

Yelick’s affiliation with the Lawrence Berkeley National Laboratory (LBNL), which complements her role as a tenured professor at University of California Berkeley, began with her appointment as a research scientist in 1996. She was appointed National Energy Research Scientific Computing (NERSC) Division Director in 2008. In 2010, she became Associate Laboratory Director (ALD) for Computing Sciences, the first computer scientist to serve in that role. She stepped down from that position at the end of 2019 and now assists the LBNL Director as Senior Advisor for Computing.

At the national level, Yelick worked with senior managers across the Department of Energy (DOE) national lab complex to launch the Exascale Computing Initiative, the largest DOE project of its kind. She also provided congressional testimony on “Big Data Challenges and Advanced Computing Solutions,” for the U.S. House Science, Space, and Technology Committee in 2018.  Additionally, she served on the Computer Science and Telecommunications Board from 2011 to 2017 and contributed to the National Research Council of the National Academies of Science, Engineering, and Medicine. She also served on CRA’s Computing Community Consortium Council from 2015-2018.

Yelick has led efforts toward diversity, equity, and inclusion – important attributes for the future of our field. At LBNL, she improved the gender balance at all levels – postdocs, student interns, and professional leadership roles. At Berkeley, she has been the equity officer for faculty recruiting since 2014 and has been effective in leading the EECS faculty to diversify the ladder faculty through selection and successful recruitment of new faculty members.

About the Award and Selection Committee
The CRA Distinguished Service Award recognizes service in the areas of government affairs, professional societies, publications or conferences, and leadership that has a major impact on computing research. 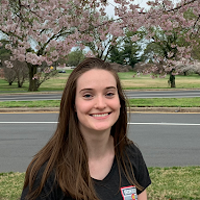