The National Academy of Sciences (NAS) has released a new report titled “Assessing and Responding to the Growth of Computer Science Undergraduate Enrollments“. The report urges U.S colleges and universities to respond to the ongoing surge in undergraduate enrollments in computer science programs, which is straining resources. The report was prepared by the NAS Committee on the Growth of Computer Science Undergraduate Enrollments which is co-chaired by Jared Leigh Cohon, Carnegie Mellon University and CRA Vice Chair Susanne E. Hambrusch, Purdue University, and builds on work published in CRA’s Generation CS report produced earlier this year, which was chaired by former CRA Board Member Tracy Camp, Colorado School of Mines.

From the NAS News Release:

“While there is no one-size-fits-all answer, all institutions of higher education need to make strategic plans to realistically and effectively address the growing student demand for these courses,” said Susanne Hambrusch, co-chair of the committee that wrote the report, and professor of computer science at Purdue University, West Lafayette, Indiana. “The way colleges and universities respond to the surge in student interest and enrollment can have a significant impact on the health of the discipline.” 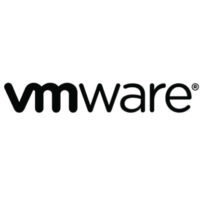