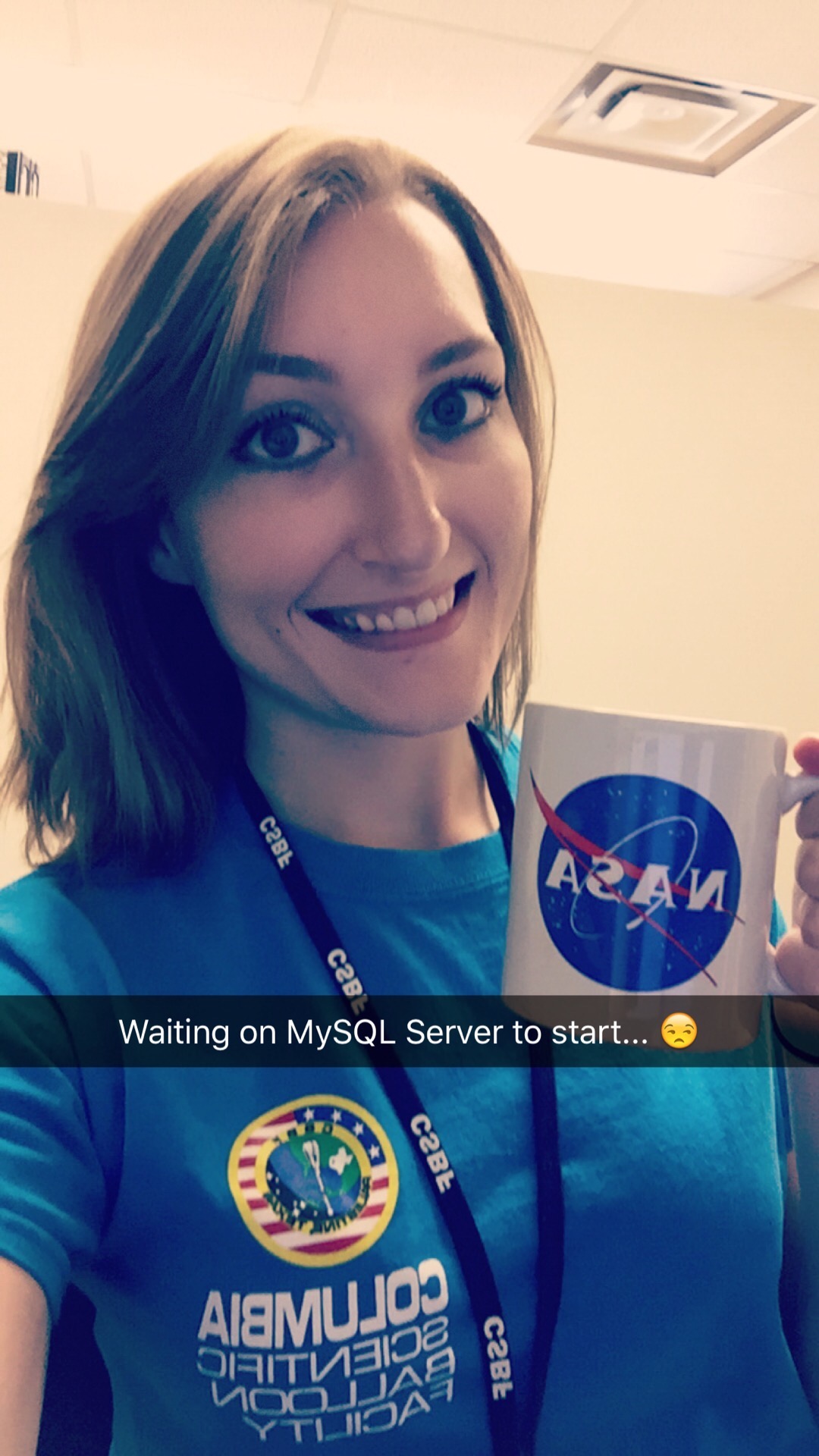 Morgan Carroll, a senior studying computer science at University of Texas at Tyler, fondly remembers her grandfather buying her a HP Pavilion with Windows 98 when she was eight years old. “From then on I just loved computers. In high school, I figured out that I was good at math. So when I went off to college, I took my love of computers and math and decided to try computer science.”

Carroll focuses on general programming and enjoys figuring out how to accomplish project objectives. Last year, one of her professor’s suggested she participate in a Research Experience for Undergraduates (REU), so she searched for one on the National Science Foundation REU opportunities webpage. She was particularly excited about a research project at the University of Alabama. The project was supported by CRA-Women’s Distributed Research Experiences for Undergraduates (DREU) program, which matches students with a faculty mentor for a summer research experience at the faculty mentor’s home institution.

During the summer of 2015, Carroll completed an REU at the University of Alabama, where she worked on a team project called Pervasive Systems for Elder Care. The team designed a voice-activated home automation app for a Windows phone. The app will assist the elderly with daily functions so that they can stay in their own homes longer, instead of assisted living facilities. Before starting the project, Carroll had never programmed with C Sharp or even seen an actual Windows phone. “It was really challenging learning all of that in a short period of time, but it was also really fun.”

Carroll also bonded with her teammates and still keeps in touch. She is a self-proclaimed “space nerd,” and during her DREU project, she invited her team members to a telescope viewing. That night, she took a photo with them which ended up winning the 2015 DREU Photo Competition. 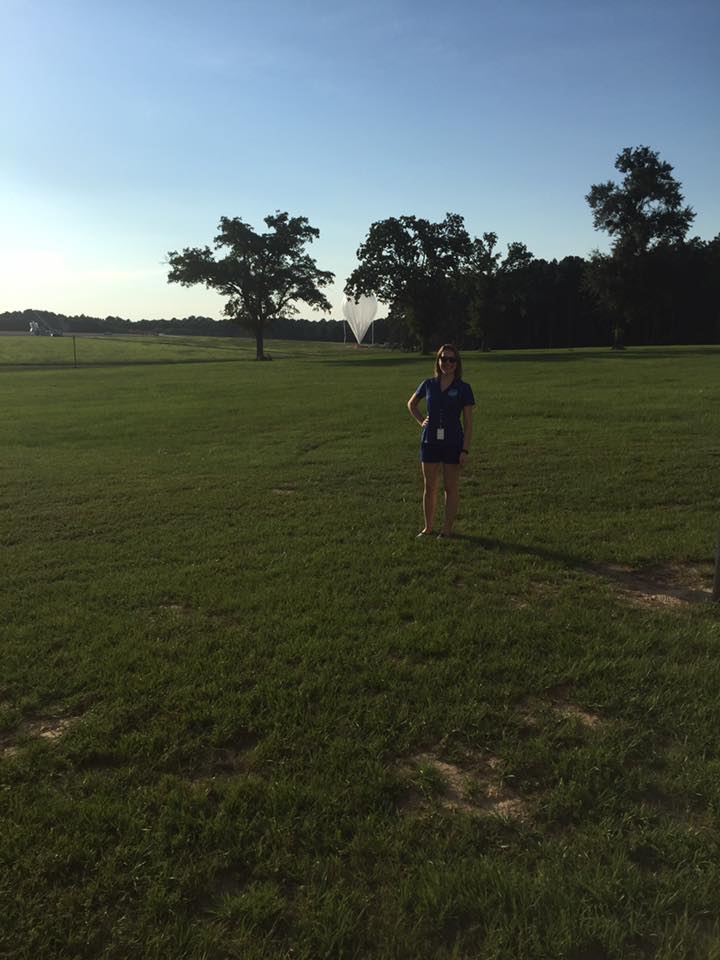 Carroll appreciated the “hands on” nature of the project. She is currently a software engineering intern and knowing how to program in C Sharp was one of the requirements of the position. At her internship, she is working on a lithium battery monitoring program and also manages a web application called Aquila.

“We send balloons up into the stratosphere, launch scientific payloads, and collect data. Organizations from around the country have different experiments that they want to perform. We also manage the web platform, so that anyone can monitor the balloon data – from altitude to temperature. Aquila and its database are written with C Sharp and I program changes according to specifications.”

In her spare time, Carroll enjoys riding her motorcycle, shooting, and viewing stars and planets in the night sky through her telescope. “It’s the most incredible feeling ever to look at the stars and think about how far away it is compared to where we are.” She loves astronomy so much that she named her dogs Mr. Hubble and Apollo. 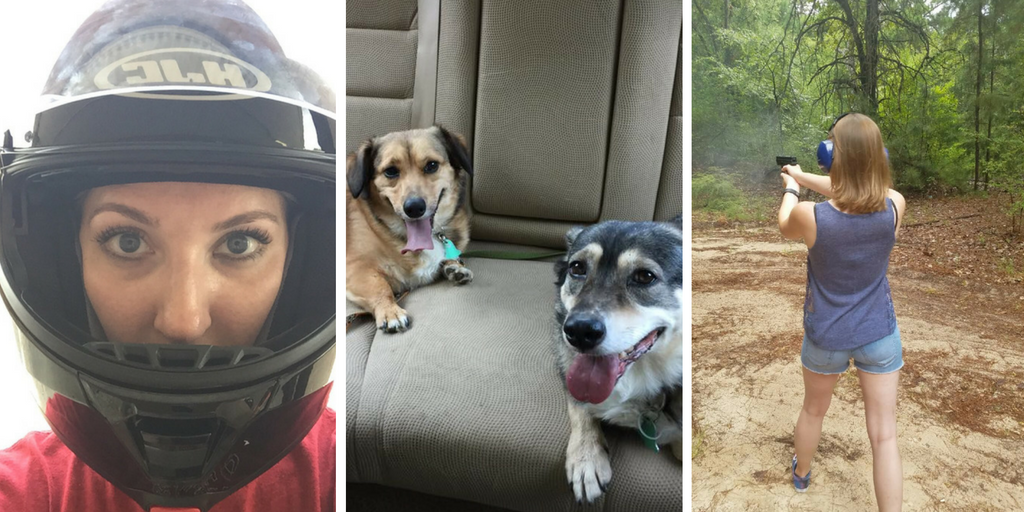 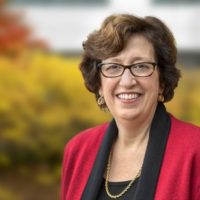