The National Science Board (NSB) has named computer scientist and disability advocate Richard Ladner as the 2020 recipient of its Public Service Award. This award is granted to individuals and groups that have contributed substantially to increasing public understanding of science and engineering.

From the NSB announcement:

Dr. Ladner has demonstrated exemplary science communication and diversity advocacy throughout his career and has been called the “conscience of computing.”

His research focuses on developing tools to make technology more accessible to those with disabilities. Ladner’s projects range from making wireless cell phone communication through sign language a reality to improving access to graphical images for blind students.

“I am honored to receive this recognition from the National Science Board,” said Ladner, “and heartened that the scientific community is rising to the important challenge of supporting students with disabilities. This is an important part of diversity and inclusion in science.”

Over the past 25 years, Dr. Ladner has participated in or organized numerous computer science workshops for high school students with disabilities. Currently, he and his colleagues are developing accessible curricula and training teachers of blind and visually impaired students, teachers of deaf and hard of hearing students, and teachers of learning-disabled students to help more students with disabilities participate in AP Computer Science Principles courses. As a faculty member in the University of Washington’s Paul G. Allen School of Computer Science & Engineering, he has mentored 136 students, including 30 PhD students.

From his foundational experiences as a graduate student teaching hands-on mathematics in his community to co-founding AccessComputing, Dr. Ladner has spent his career educating and changing the conversation on diversity.

Ladner received CRA’s A. Nico Habermann award in 2008 for his lifelong, strong and persistent advocacy on behalf of people with disabilities in the computing community. He has participated in several CRA Widening Participation Committee initiatives, including the Grad Cohort Workshop for Underrepresented Minorities and Persons with Disabilities. He also co-authored the article Broadening Participation in Computing Fields by Preparing More Professionals with Disabilities for the Expanding the Pipeline column in CRN.

Congratulations to Richard for this much-deserved award! Read the full announcement here. 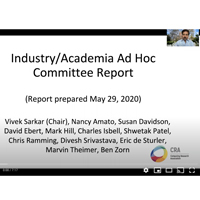 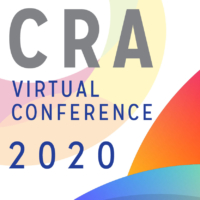 Highlights from the CRA Virtual Conference 2020
Scroll to top