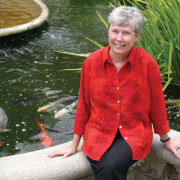 Maria Klawe was selected as the 2016 recipient of the CRA Distinguished Service Award for her tireless commitment to and profound impact on the computing research community. Klawe is the president of Harvey Mudd College and has previously served as president of the Association for Computing Machinery. She helped Anita Borg and Telle Whitney establish the Institute for Women in Technology (now the Anita Borg Institute) and served as a board chair.

Klawe has used her leadership positions to strengthen the research discipline of computer science and to establish new norms and policies to increase the percentage of women and minorities in computer science and technology. She is dedicated to increasing the percentage of women and underrepresented minorities in STEM, with a focus on increasing computing researchers and engineers. In 2004, Klawe and Nancy Leveson were the recipients of the A. Nico Habermann Award in recognition for their roles as founding co-chairs of the highly successful CRA-W Committee.