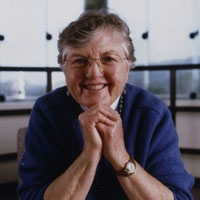 , recognizing the contributions of Frances “Fran” E. Allen as an American computer scientist and pioneer in the field of optimizing compilers.

Allen spent her entire career at IBM, beginning in 1957 by teaching new employees the fundamentals of Fortran and continuing until her retirement in 2002. From 1980 to 1995, Allen led IBM’s work in the developing parallel computing area, and helped to develop software for the IBM Blue Gene project. Among her many awards, Allen was elected to the National Academy of Engineering in 1987, she became the first female IBM Fellow in 1989, and in 2006 became the first woman to win the Turing Award. Her citation for the Turing Award includes seminal work in compilers, program optimization, and parallelization. She was also a board member for both the Computing Research Association (CRA) and the Computing Research Association Women (CRA-W) subcommittee.

The Allen Medal recognizes innovative work in computing leading to lasting impact on engineering, science, technology, or society. It may be awarded to an individual or a team of recipients up to three in number. The award will recognize contributions of substantial, broad impact and/or lifetime achievements and work must demonstrate fundamental impact on fields outside of core computing by creating new areas of investigation, or vastly expanding research in existing areas. An awardees’ contribution will have substantially expanded the scale of computational capability and/or the size of datasets that are exploitable by the worldwide community of engineers, scientists, and others using computing in their work. The prize consists of a gold medal, bronze replica, a certificate, and a cash prize.

The Allen Medal may be presented to anyone whose achievements or contributions satisfy the selection criteria for the award. It is not necessary for the recipient(s) to be a member or members of IEEE, but they must not have been awarded another IEEE Medal for the same work.

Nominations for this award are open now and are due by June 15. Please honor Fran Allen and outstanding members of our research community by submitting a nomination. 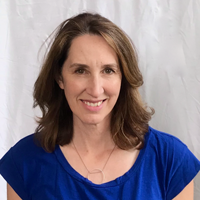