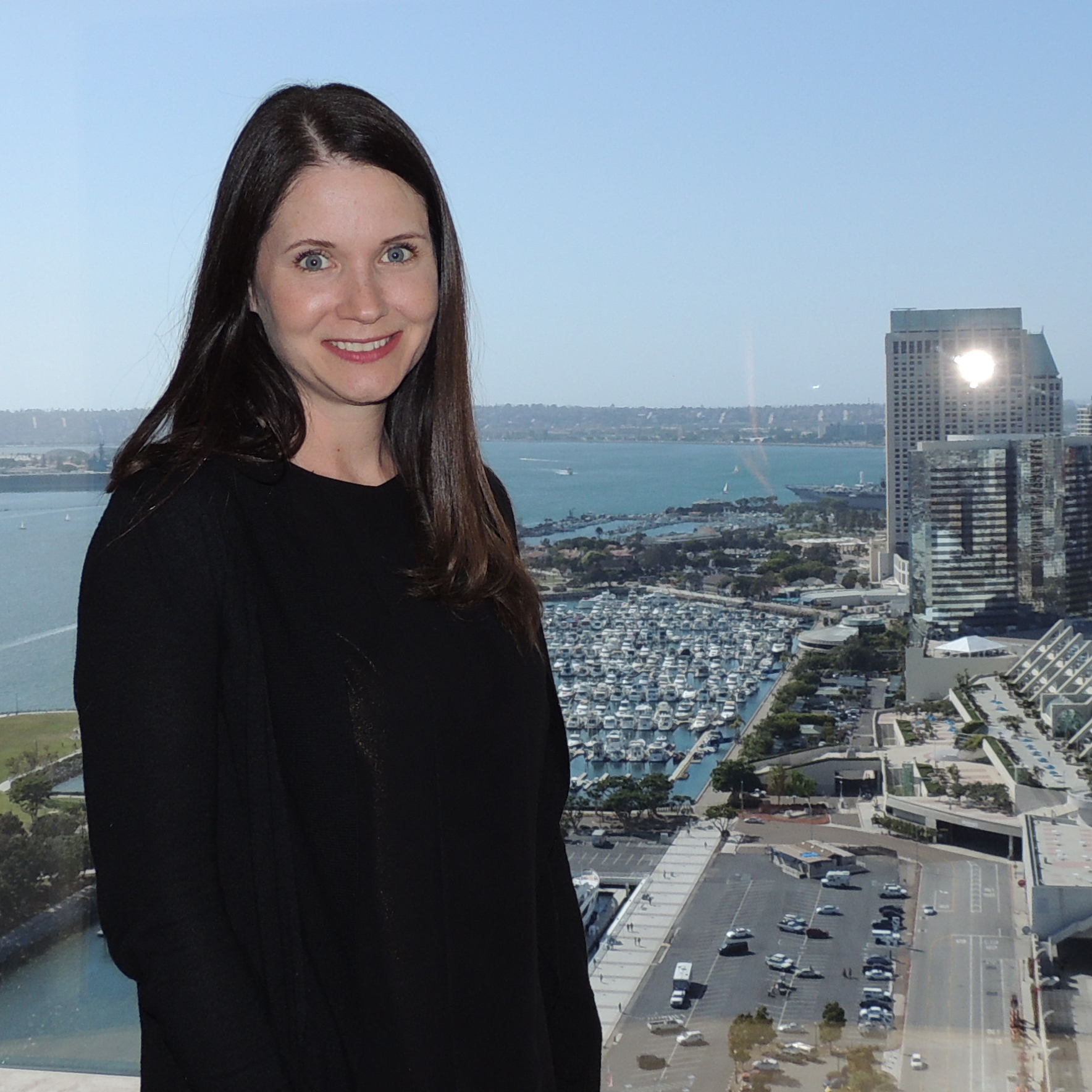 The 2016 Graduate Cohort Workshop (Grad Cohort) brought together more than 30 accomplished speakers and 550 female graduate students in computing. Kim Hazelwood, who leads a performance and datacenter capacity engineering and analysis team within Facebook’s infrastructure division, was one of the speakers who shared her unique perspective with the attendees.

Kim has always had an interest in technology and a love for math. Like many undergraduate students, Kim didn’t take any computer science classes in high school. However, she took a leap and declared computer engineering as her major heading into her undergraduate degree at Clemson University. “First time was a charm on actually picking the right area for me,” she explained.

At Clemson, a computer architecture course stood out to her, and she made it her focus area because she found it fun, exciting, and moving quickly. She decided to pursue a Master’s degree after a professor invited her to work on an NSF funded Research Experience for Undergraduates. “I saw how research worked and thought, “Wow, this is awesome! You actually get paid to work on research. Sign me up!” During her Master’s program, she also received great encouragement from professors who suggested that she pursue a Ph.D. 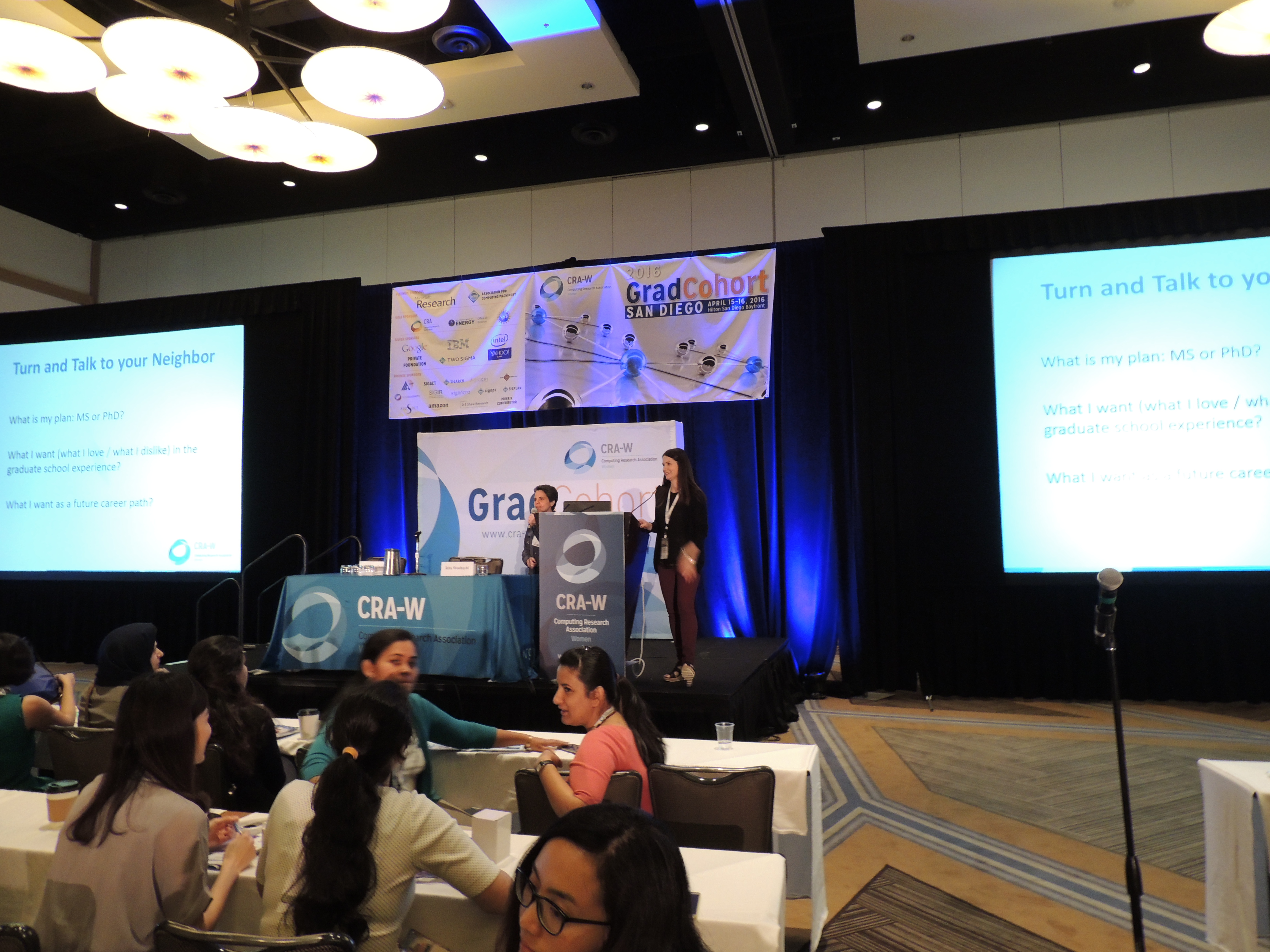 As a graduate student, Kim remembers first being introduced to CRA-W through the Discipline Specific Workshop Program. There she met a network of successful senior women in computing who led CRA-W, and now she feels honored to be panelist at CRA-W events along with them. “Because I had such a positive experience, it seemed only natural for me to come back and share my experiences, add my twist and reinforce that what others are saying really does apply.” At Grad Cohort 2016, Kim was a speaker from the Master’s vs. Ph.D session.

Kim has run the gamut in her professional career. After getting her Ph.D. at Harvard University, she completed an industry focused postdoc, and later became a tenured professor at University of Virginia, giving her valuable experience in academia. She returned to industry during her sabbatical and has continued building her career in industry. “I’ve gone back and forth between industry and academia, so I felt like I have a good angle there to tell people how that goes. I just felt like I have a lot to share.”

During her career so far, she has published more than 50 peer-reviewed articles and one book. She is the recipient of the ACM SIGPLAN 10-Year Test of Time Award, MIT Technology Review Top 35 Innovators under 35 Award, CRA-W’s Borg Early Career Award, and NSF CAREER Award. She also became a mother to four children while accumulating these prestigious accomplishments.

Even though she is a woman in the male-dominated field of computing, she struggles to pinpoint any specific challenges that were related to her gender. She suggested it may be because she decides not to focus on it. She did recognize that she ended up “blazing new trails” simply because she was the first woman to go down a certain path.

“When I was a professor, I was the first woman to get tenure in computer science at the University of Virginia. I also went on a maternity leave on the tenure- track, therefore I was the first person to do that. There was the challenge of figuring out what the policy is – no one really knew.”

It’s inspiring to see how an individual’s career comes full circle. Kim reflected positively on her first experiences with mentoring and the CRA-W as a graduate student. She went on to blaze new trails, and now continues to return to CRA-W events such as Grad Cohort to help the next generation of women in computing.