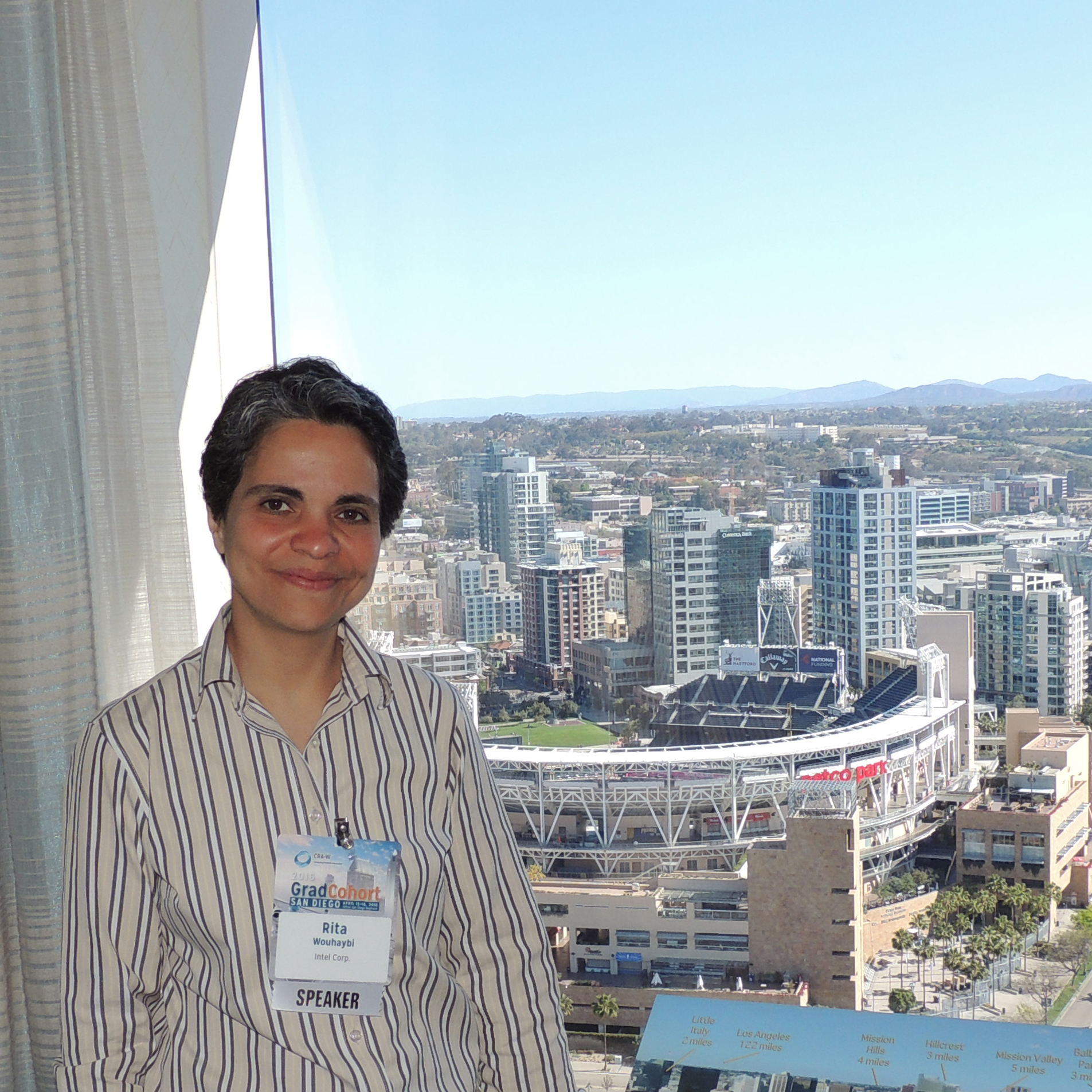 The 2016 Graduate Cohort Workshop (Grad Cohort) brought together more than 30 accomplished speakers and 550 female graduate students in computing. Rita H. Wouhaybi who is a research scientist with Intel Labs’ Systems and Software Research at Intel Corporation, was one of the speakers who shared her unique perspective with the attendees.

Rita holds over twenty-five issued patents in the field of social networking, computer networking and context-aware computing. She has additionally filed over 100 patents. Her research has been published in more than 20 papers in acclaimed IEEE and ACM conferences and journals. It’s hard to believe that Rita almost didn’t choose a career in computing. She was initially interested in civil engineering. But Rita was posed with the case that the biggest thing that has ever happened in civil engineering and architecture was the pyramids. How do you top that? With some encouragement from family, she began to gravitate toward computer science, an area where she could innovate and grow a new field. “Computer science was brand new, pretty much untouched territory, and I got very excited about it.”

Rita grew ­­up in Lebanon and didn’t even touch a computer until she got to college. “So that was very intimidating at first, but I had parents that believed if you set your mind to something, you can do it.” She credits her “feminist” father with being an incredibly positive influence for pushing her and encouraging her to “Go for it!”

During her Bachelor’s degree, Rita took courses in machine learning and signal processing and was fascinated by it, so she decided to pursue a research oriented Master’s program. After receiving her Master’s degree, she worked for five years at a start up company, but it left her wanting more. Rita was running a team of 32 engineers but felt unhappy there because she didn’t feel like she was technical anymore. Rita remembered her dream of one day earning a Ph.D., so she began applying to schools. After one particularly exhausting workweek, on a Friday afternoon, she went to the mailbox and saw a letter from Columbia University, one of the places she had applied. She thought about waiting until after the weekend to open it in case it was a rejection letter, but then it struck her that usually rejection letters come in small envelopes and this was a big package. She ripped it open and was overjoyed with her acceptance to the Ph.D. program. And that was when Rita knew she had made the right decision.

After receiving her Ph.D. in 2006, Rita began working at Intel in Portland, Oregon and has been there ever since. She has received several awards for both academic and industry achievements, including the New Investigator Award at Grace Hopper Celebration of Women in Computing, and the best paper award at ACM Wireless Health. It was at the Grace Hopper conference where Rita met fellow Intel employee Patty Lopez, who introduced her to CRA-W. Patty told her about CRA-W’s emphasis on mentoring, and Rita was eager to participate and give back. She was a speaker at the 2012 Grad Cohort near Seattle, WA, and with the exception of one year, she has been coming back to speak and be part of the experience and event every year since.

Rita experienced a sense of isolation from her mostly male colleagues even though she considers herself an extrovert. At five feet tall, her height hasn’t made the situation any easier. She once had a male presenter stand directly in front of her–completely blocking her from sight. Over time Rita had to learn how to be more assertive and fight for her ideas, which may not be the case for men who may have aggressiveness come more naturally because of social cues. Excellent mentors through her career helped Rita develop strategies to overcome some of these obstacles. She learned how to firmly state her expert opinion, and distance herself from her ideas, so things are not taken personally. If team members are excessively aggressive, she takes them aside and asks them to tune it down a little. It continues to be a “balancing act” that she manages on ongoing basis.

Rita also noticed a lack of community of women in computing – one that CRA-W is trying to strengthen with programs like Grad Cohort. She thoroughly enjoys sharing her experiences with students and giving back to the community. “It’s great to see all these new minds and listen to their problems and concerns. I try not to tell them what to do but instead to brainstorm what would work for them.”

When she was a teenager, Rita’s mother said, her parents’ goal is make sure her life is better than theirs. “Life needs to continue to advance, and if it is not then they are not doing their job.” Rita applies this principle to many aspects of her life, including helping the next generation of technical women in a male dominated field. “If a technical woman today joins Intel and has my same experience then I have failed, Intel has failed, and all of us in the community has failed. We have to make it better. I believe it is our duty to make it better for the next generation.”

CRA Initiatives and Opportunities for Involvement: Fall 2016 Message From the... 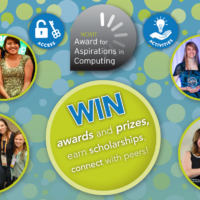