Computer science and education researchers from North Carolina State University and the University of Florida, both CRA member institutions, are launching an initiative that will use a custom-designed video game to boost both computational thinking in middle school science classrooms and foster both gender and racial diversity in computing. 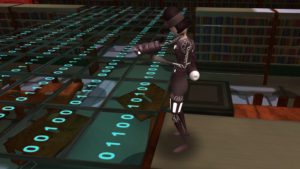 Still from the game Engage, which researchers will use to address diversity issues in STEM fields.
Image credit: Bradford Mott.

An interdisciplinary team of researchers from North Carolina State University and the University of Florida is launching an initiative that will use a custom-designed video game to boost computational thinking in middle school science classrooms. The goal is not only to improve educational outcomes, but also to foster gender and racial diversity in computer science and other science, technology, engineering and mathematics (STEM) fields.

Development and testing of the game, as well as its related educational curriculum, is powered by a three-year, $2.49 million grant from the National Science Foundation.

“Science classes are not solely about teaching students a bunch of facts, but about teaching young people how to think about science, engineering and problem solving,” says Eric Wiebe, a professor of STEM education at NC State and co-principal investigator (co-PI) on the project.

“To that end, the next generation science education standards include a set of practices to be incorporated into K-12 classrooms,” says Wiebe, who is also a senior research fellow at the Friday Institute for Educational Innovation. “One of those practices is computational thinking – which has only been loosely defined. Broadly speaking, it’s a set of mental processes that can be used to solve problems. It involves everything from computing tools and coding to disciplines such as data analytics.”

“Our goal isn’t to encourage every student to become a computer scientist,” says Bradford Mott, a senior research scientist at NC State and co-PI on the project. “We want students to understand how to utilize computer science principles in any field, regardless of what careers they choose to pursue.”

And the project isn’t starting from scratch.

The researchers spent years designing and developing a game called Engage – also with NSF support – which will serve as the jumping off point for the new initiative.

“We have already tested Engage in North Carolina middle schools, and have a lot of empirical data demonstrating its effectiveness as an educational tool,” says James Lester, a Distinguished Professor of Computer Science at NC State and lead PI on the project. “Our goal now is to build on Engage, to continue providing an excellent science education curriculum that deeply integrates computational thinking.”

The team also includes co-PI David Blackburn, who will be collaborating on the life science elements of Engage that are relevant to middle school classrooms.

But addressing computational thinking and life sciences are not the only goals. The researchers also want the game to support diversity in STEM education and, ultimately, in the STEM workforce. That portion of the project has two components.

First, the game will be designed to create experiences that are effective at connecting with young women.

“We want women to understand and engage with the game and its educational content, in order to help change the existing trend that sees women turning away from computer science in middle school,” says Kristy Boyer, an associate professor of computer science at the University of Florida and co-PI on the project.

Second, the researchers will also be testing the game, and related curriculum, with 5,000 middle school students in North Carolina and Florida.

“These students are from diverse backgrounds, and attend schools in urban, suburban and rural areas,” Mott says. “We will be working to ensure that the game and related resources resonate with all students – not just advantaged ones.” 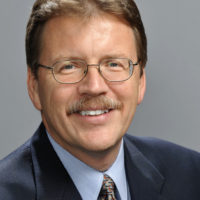 Computing, Cognition, and the Future of Knowing: How Humans and Machines are...
Scroll to top