The following was originally posted by Peter Harsha in the CRA Policy Blog on September 13, 2016.

Back in July, we got a good sense of how Hillary Clinton would approach science and technology policy in her presidency when her campaign released her Technology and Innovation agenda, which we covered here. At the time, there wasn’t much information about how a President Trump would approach similar issues. Today, the folks behind ScienceDebate.org have released the answers provided by Clinton and Trump, along with Green Party candidate Jill Stein, to 20 questions about science policy issues facing the country. While Clinton’s answers are consistent with those she outlined in her Tech and Innovation agenda, the answers Trump provided give us a first real glimpse at the candidate’s views on things like innovation policy and the importance of the federal investment in fundamental research. I thought I’d highlight two question responses in particular, but invite you to read the whole 20 questions.

On what policies should be at the forefront of ensuring the U.S. continues to lead in innovation:

Trump: Innovation has always been one of the great by-products of free market systems.  Entrepreneurs have always found entries into markets by giving consumers more options for the products they desire.  The government should do all it can to reduce barriers to entry into markets and should work at creating a business environment where fair trade is as important as free trade.  Similarly, the federal government should encourage innovation in the areas of space exploration and investment in research and development across the broad landscape of academia.  Though there are increasing demands to curtail spending and to balance the federal budget, we must make the commitment to invest in science, engineering, healthcare and other areas that will make the lives of Americans better, safer and more prosperous.

And on science and engineering priorities in a budget restricted climate:

Trump: The premise of this question is exactly correct—scientific advances do require long term investment.  This is why we must have programs such as a viable space program and institutional research that serve as incubators to innovation and the advancement of science and engineering in a number of fields.  We should also bring together stakeholders and examine what the priorities ought to be for the nation.  Conservation of resources and finding ways to feed the world beg our strong commitment as do dedicated investment in making the world a healthier place.  The nation is best served by a President and administration that have a vision for a greater, better America.

So the good news from our vantage point is that both the major party candidates continue to believe that an important part of supporting American innovation is to continue federal investment in research and development, even if their level of specificity varies. There’s a measure of relief in seeing Trump’s responses here as some of his early comments on the campaign trail cast some doubt on whether he believed the federal investment was worthwhile when there were other issues facing the nation (he once replied when asked about support for NASA, that while he was a fan, “we’ve got bigger problems, you understand that? We have to fix our potholes. You know we don’t exactly have a lot of money.”) But these particular responses are not markedly different from a traditional GOP perspective on federal investment in science — an emphasis on removing regulatory barriers to innovation and a focus of the government’s role supporting fundamental research. We know how to make that case for computing research. 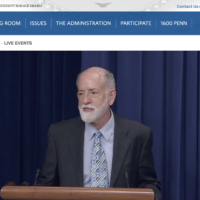 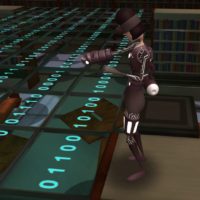