The CRA’s Center for Evaluating the Research Pipeline (CERP) turned four years in April. During the past four years, CERP has been working steadily toward its goal of building diversity in computing through evaluation and social science research.   CERP is staffed by Director Jane Stout, Research Scientist Burcin Tamer, and Research Associate Heather Wright. As seen on CERP’s About page, CERP staff are an eclectic mix of social scientists with expertise in quantitative and qualitative methods and a passion for diversity research.

CERP may be best known for its flagship program, the Data Buddies Project, which was created by the Committee on the Status of Women in Computing (CRA-W) and the former Coalition to Diversity Computing (CDC) as a key part of the NSF Broadening Participation in Computing award to CRA (CNS-1246649). The Data Buddies Project is collaboration between CERP and more than 100 computing departments at universities and colleges across the United States. By collaborating with this network of department “buddies,” CERP collects survey data from thousands of undergraduate and graduate students each year. CERP’s data tap into students’ experiences in the computing community (e.g., sense of belonging), aspirations for the future (e.g., a computing research career), and past experiences that may relate to success in computing (e.g., research experiences for undergraduates [REUs]). Data Buddies data have served as a means to evaluate intervention programs through a comparative evaluation framework: intervention participants (e.g., REU students) and students in Data Buddies departments complete the same annual Data Buddies survey, allowing CERP to compare student outcomes among program participants versus non-participants.

At the same time, Data Buddies data have served as a rich data source for social science research on issues of diversity in computing education. The size of the Data Buddies datasets allows CERP to assess the experiences of underrepresented students in computing. Moreover, the data allow for research on subgroups of underrepresented students in computing (e.g., women from different racial/ethnic backgrounds). As a case in point, CERP collected data from 7,300 undergraduate students during the 2016 Data Buddies survey. As seen in Table 1, when these data are parsed into gender and race/ethnicity demographics, Data Buddies data afford ample opportunity to assess experiences in computing among diverse groups of students. In 2014, Stout obtained grant funding from the National Science Foundation (DUE-1431112) to do just that.

This grant-funded research draws from and advances existing theory concerning predictors of persistence and success in computing fields among various groups of underrepresented students. To date, the CERP team has published several peer-reviewed articles on underrepresented students’ experiences in computing education settings, such as lesbian, gay, bisexual, transgender, and queer (LGBTQ) students, women, first-generation college students (including an article paying special attention to women who are first-generation college students), students from underrepresented racial minority groups, and students with disabilities. In addition, CERP research findings have been presented at meetings of several professional societies including the American Association for the Advancement of Science (AAAS), the American Psychological Association (APA), the American Physical Society (APS), and the Association for University Women (AAUW); numerous conferences such as the Grace Hopper Celebration of Women in Computing, SIGCSE, and the Society for the Psychological Study of Social Issues; and at academic colloquia and symposia at a variety of institutions such as the Colorado School of Mines and the Massachusetts Institute of Technology.

Based on this work, CERP has developed the following recommendations to foster belonging and self-efficacy among underrepresented students—particularly students who are women, first-generation college students, and/or members of the LGBTQ community:

A recurrent theme in CERP’s work is the importance of taking the complexity of students’ identities into consideration when studying issues of diversity. In the case of the papers discussed here, women’s experiences in computing depended on their other identities (e.g., sexual orientation or college generation status). This nuanced approach to diversity research (often called “intersectional,” given its observations at the intersection of multiple identities), can pinpoint groups of students who may need support the most.

Since May 2013, the CERP team has published a graphic in each issue of Computing Research News on issues of diversity in the computing pipeline. If you are interested in receiving CERP infographics via email, please subscribe to our email list at: https://cra.org/cerp/email-list/.

CERP’s work is supported through National Science Foundation awards CNS-1246649 and DUE-1431112, and direct CRA contributions.

Jane Stout is the director of CERP, where she leads social science research and evaluation for the computing community. She and the CERP team focus on understanding how best to promote success and persistence among underrepresented groups in computing. Stout obtained her Ph.D. in social psychology at the University of Massachusetts Amherst with a concentration in quantitative methods in 2011. She has been working for the CRA since 2013.

Burçin Tamer is the CERP research scientist. At CERP, she manages complex, longitudinal datasets and consults with the CERP team on data analysis. She completed her doctoral training in political science and women’s studies in 2015 at the Pennsylvania State University. Tamer has been working for the CRA since 2015.

Heather Wright is a research associate for CERP. She acts as a liaison and evaluator for CERP clients, and is passionate about diversity and inclusion. Wright obtained her B.S. in sociology at Radford University with minors in technical and business writing and women’s studies. She has been working for the CRA since 2013.

Jennifer Blaney has been a CERP collaborator since 2015. Blaney is working toward her doctorate at UCLA in the field of higher education, and earned her M.A. in Higher Education from UCLA in 2015. Blaney is also a member of the Building, Recruiting, and Inclusion for Diversity (BRAID) research team, which examines the experiences of underrepresented students in computing. 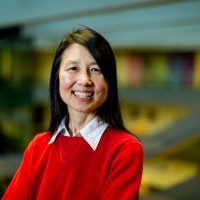 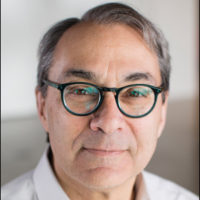