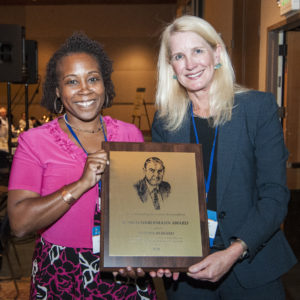 Ayanna Howard (left) accepts the 2016 A. Nico Habermann Award from CRA Board Chair Susan Davidson (right) at the 2016 CRA Conference at Snowbird.

In February, Ayanna Howard from Georgia Institute of Technology received the 2016 A. Nico Habermann Award for her sustained commitment to increasing diversity in computing. Howard is currently a CRA-W board member, and at Georgia Tech, she has provided research opportunities to dozens of undergraduates – more than 75% of whom are underrepresented minorities or women, and a majority of these students have gone on to graduate school. Nominations for the 2017 A. Nico Habermann Award are due on Friday, December 9.

As a woman and a minority, Howard herself has faced challenges in the computing field. Like so many others, sometimes she found herself being “the only one” in a classroom or at a conference; others sometimes doubted her abilities, and she had to prove herself. Nonetheless she pushed through those obstacles and received her B.S. in Engineering from Brown University, her M.S.E.E. from the University of Southern California, and her Ph.D. in Electrical Engineering from the University of Southern California, Los Angeles. Her experiences is part of what has inspired her to make things better for the next generation. Two main reasons motivate Howard to work on increasing diversity in computing. She wants to combat feelings of isolation that students may have, and she believes that increased diversity in the field helps stimulate innovation. Howard remarked, “As I interact with diverse teams (domestic, international, socio-economic, gender), I am more and more convinced that this is how we will solve the complex problems of the world. More perspectives are shared because of the different experiences diverse groups have, and we are able to develop more solutions.”

Howard regularly conducts workshops to get students of all ages interested in technology, including those with disabilities. In addition to mentoring students, she also regularly teaches robotics lessons for middle school students, and is an active member on the CRA-W Board. Last year, she was the featured speaker for the mentoring webinar, “Designing Healthcare Robots for Children with Special Needs.” She is a program chair for the CRA-W Grad Cohort Workshop and is regularly a speaker at other CRA-W events such as the CRA-W Career Mentoring Workshop.

Howard believes organizations today are making a conscious effort to address diversity, and gaining support for programs has gotten easier over time. Her advice to others trying to increase diversity at their institutions is to identify advocates and develop a plan. The first step is finding advocates on the administration side, whether industry or academia. “Once you have advocates it means that it’s not just you trying to push forward an agenda.” The second step is to define what increasing diversity means for your institution and develop a plan detailing specific outcomes that can be measured.

Howard has achieved a great deal of success in her career so far. She has received several awards and been featured in several articles, including USA Today, Upscale, and TIME Magazine, and was named a top young innovator by MIT Technology Review. Even with all these professional accomplishments to choose from, Howard is proudest when she sees the students she mentors succeed. Those individuals will often reach out to her – sometimes years later – through email or even handwritten letters, and thank her for the advice she shared and the impact it had on them.

“My greatest accomplishment is when I actually have changed someone’s world, or mentored them and they remember it and hopefully they then mentor others.” 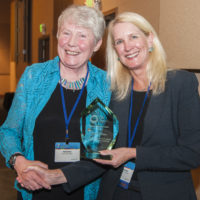 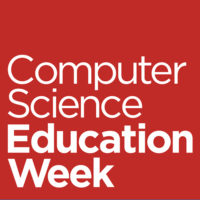