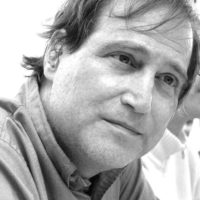 The following Great Innovative Idea is from Mark Bernstein, the chief scientist at Eastgate Systems, Inc. Mark was one of the winners at the recent Computing Community Consortium (CCC) sponsored Blue Sky Ideas Conference Track at the 29TH ACM Conference on Hypertext and Social Media, July 9-12, 2018 in Baltimore, MD. His paper is called “As We May Hear: Our Slaves of Steel II.”

Everyone’s everyday knowledge work is increasingly tied up with personal agents that one gradually trains to help in the work. In the paper, we imagine a restaurant host (or a diplomatic aide) working with a chorus of audio advisors to identify patrons (or diplomats) and to identify their needs and preferences. Though audio hypertext research dates back a generation, we know remarkably little about scriptwriting for the medium, especially for managing the dramatized interplay between disparate agents that disagree.

Many fascinating issues arise from the use of persistent, personalized agents. In a previous paper in this series, for example, I took Janet Murray’s Hamlet On The Holodeck, now celebrating its 20th anniversary, and asked whether, if you are Hamlet in an immersive, participatory drama, could you propose to marry Ophelia?  Shakespeare’s characters contemplate this, but marriage requires consent: can Ophelia possibly consent to marry?  Here, I inquire how we might respond if a colleague treated our agents badly while we were on vacation. We would not erase the unpleasant memories of a friend, or even of a pet; can we simply rollback our agents to a previous state?  And is our agent the property of the worker who trained it, or of the employer in whose service it was trained?

A great deal of nonsense has been written about the nature of “the digital.”  I suspect that architect-philosopher Lars Spuybroek in The Sympathy Of Things offers a novel and important approach to thinking about mass production of unique, personal items and about the bond between people and things.  These ideas most directly impact literary computing — an esoteric domain of vast future importance since the future of serious reading clearly lies on the screen. The broader question of how we ought to treat computational constructs and other unique artifacts is made more pressing by the clear importance of learning how better to treat the planet.

I write hypertext systems like Tinderbox, a writer’s tool for analyzing and visualizing notes. I recently wrote a hypertext novel, Those Trojan Girls, and have been studying the villainous propensities of social media systems in the wake of Gamergate and the elections of 2016

I earned my degree in physical chemistry, worked a bit in machine learning, and wound up as a student of the hypertext link in its many forms. 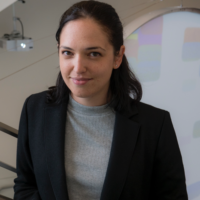 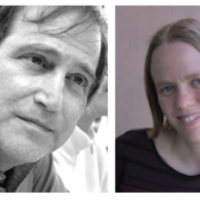