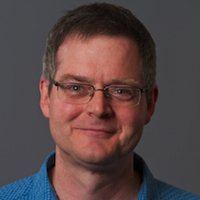 Ben Zorn is a Research Manager and Principal Researcher, co-managing the Research in Software Engineering (RiSE) group, a group of over 30 researchers and developers working on programming languages and software engineering in Microsoft Research, Redmond. After receiving a PhD in Computer Science from the University of California at Berkeley in 1989, he served eight years in the Computer Science faculty at the University of Colorado in Boulder, receiving tenure and being promoted to Associate Professor in 1996. Dr. Zorn left the University of Colorado in 1998 to join Microsoft Research, where he currently works. His research interests include programming language design and implementation for reliability, security, and performance. Dr. Zorn has served as both Program and General Chair of the ACM SIGPLAN Programming Language Design and Implementation (PLDI) Conference, as an Associate Editor of the ACM journals Transactions on Programming Languages and Systems and Transactions on Architecture and Code Optimization. Dr. Zorn as also served seven years as a Member-at-Large of the SIGPLAN Executive Committee and currently serves on the ACM Software Systems Award Committee.